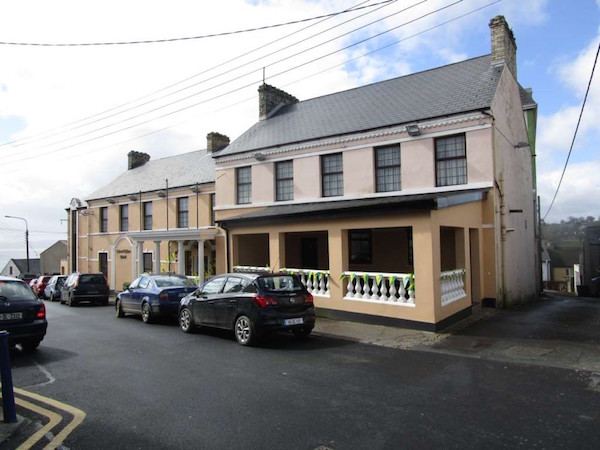 The Caiseal Mara Hotel in Moville, which was badly damaged in an arson attack in 2018, has been sold for an undisclosed sum, with the deal having been finalised in recent days.

Estate agent Leo McCauley confirmed that the 48-bedroom hotel, which was earmarked as a direct provision centre for asylum-seekers, has “now changed hands”.

The new owner is multi-millionaire theatre producer John Gore, who is also involved in the Halyon Club, an entertainment venue that opened in Moville three weeks ago.

Mr Gore, who also bought Carnagarve House in Moville in 2018, is a native of England but has been a frequent visitor to Inishowen over the past fifteen years. He is one of the Conservative Party’s biggest financial backers and has donated more than £3 million to the Tories over the past two years alone.

It is not known how much Mr Gore paid for the Caiseal Mara but the premises had been on the market for €450,000 in mid-2016, three years after it was bought at auction for €175,000 by previous owner Ciaran McKenna.

The seaside hotel remains boarded up – fourteen months after the arson attack – but it is understood the new owner plans to begin extensive renovations soon.

Formerly Keaveney’s Hotel, it was bought by the McNamara family in the 1980s when the building was renamed McNamara’s Hotel. It was further extended and renovated in the early 1990s under new ownership and another new name.

The business had struggled in recent years and the Department of Justice announced in 2018 that it would become an accommodation centre for around 100 asylum-seekers from Georgia, Albania, Afghanistan, Pakistan and the Congo.

However that plan was eventually scrapped by November 2019, one year after an arsonist caused considerable damage to the foyer, smashing a downstairs window, pouring petrol inside and setting it alight.