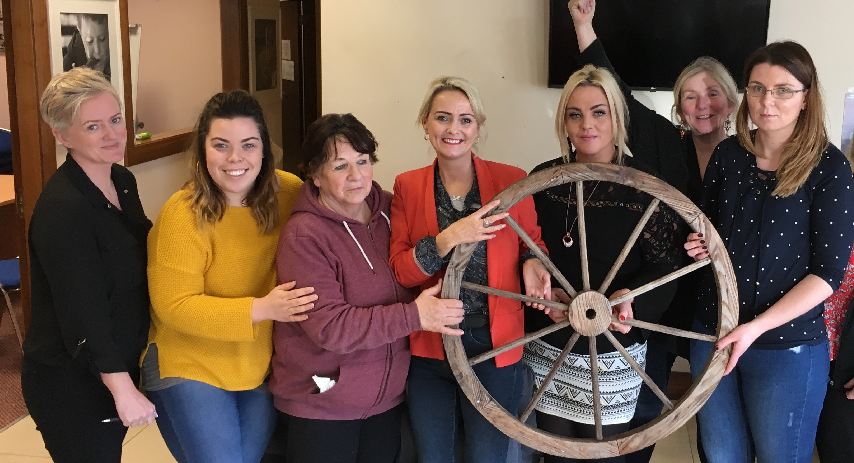 The Donegal Travellers Project is calling on all general election candidates to adopt an anti-racism and hate speech policy in the run-up to polling day.

The human rights group, which represents Irish Travellers and Roma, has also issued an invite to candidates to visit their offices on their campaign trail.

Donegal Travellers Project board and staff are calling on all candidates/political parties to value and respect diversity in Donegal and not use discriminatory comments or prejudice against the Traveller Community as part of the GE20.

During December 2019, as part of the Love Not Hate Campaign, the group collected 1500 signatures in one day across Donegal to call on the government to enact stronger Hate Crime Legislation.

This evidences the increasing inclusivity of Donegal and that Donegal rejects Xenophobia.

A spokesperson said: “An election campaign should not be an opportunity to hurl hate speech and use hurtful damaging comments which negatively impact on the lives of children, young people and families just so a candidate can get media attention and raise their own profile.

“We are calling on all candidates to send clear and consistent messages to the electorate in this area that they reject racism, discrimination and hate speech.  We are also asking candidates to condemn any campaigning which may incite hatred or prejudice on the grounds of ‘race’, colour, nationality or origin, ethnic background, religious belief, or membership of the Traveller Community if it occurs in the course of the campaign.”

“I am conscious of the extreme hurt that has been caused to us in the past where candidates have promoted anti – Traveller sentiment.  Donegal Travellers Project has worked extremely hard to challenge and eradicate racism and to build relationships and we are appealing to candidates not to use racism out of self-interest for gathering votes,” said Hugh Friel, Men’s Development Worker.

“To develop a stable, fair and just Donegal we need leaders who are transformative and do not engage in the exclusion of any community. We are calling on all candidates to be brave and start campaigning for an inclusive, caring and equal Donegal.  Be the champion of all, be diversity champions,” said Anne McLean, Development Worker South Donegal.

We are asking candidates to call into our offices Port House Port Road in Letterkenny between Monday the 27th to Thursday the 30th of January to sign the Irish Network Against Racism Anti-Racism Election Protocol for the GE20.  For more information please contact Siobhan McLaughlin on 0861741056 or Hugh Friel on 0861453426 or travcom@eircom.net.