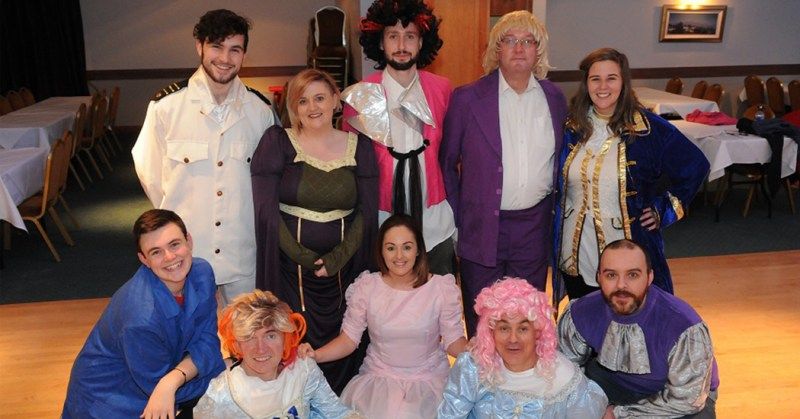 Letterkenny Panto welcomes biggest ever crowd… oh yes it did!

There’s no business like show business, and the Letterkenny Panto cast and crew are enjoying a record-breaking week in the Aura.

The panto recorded its biggest ever crowd on Friday night – with 1,000 tickets sold on one night.

“1000 ticket sales for one show is a first for any Letterkenny amateur dramatic group and we are over the moon!,” said committee PRO Martina Garry.

The new venue at the Aura Leisure Centre has been packed each night with crowds travelling from across Donegal to enjoy the entertaining Cinderella show.

Martina added: “Aura have previously sold out professional shows like Riverdance and Daniel O’Donnell but with an amateur cast we are superbly proud!

“Kilmacrennan NS & Bonagee Utd were helping to drive the sales last night as our host clubs and the atmosphere was electric!”

You can still catch the show tonight at 8pm and on Sunday at 4.30pm (limited tickets remaining for the matinee).

The panto crew has many reasons to celebrate this week as they mark the 70th anniversary of the Letterkenny pantomime. The very first show was also Cinderella, back in 1950 at the Devlin Hall.

The Ugly Sisters with Prince Charming

Other cast members include Daithi Doherty, Tina Garry, Martina McClafferty, James Patton, Adele Evans and Garry Coll – backed up by a 60-strong chorus. Up to 100 future stars make up the children’s chorus.

Collie O’Donnell and Andy McGranaghan provide the laughs as the Ugly Stepsisters – as you’ve never seen them before!

Saturday night’s show is hosted by Scoil Cholmcille and tickets are available from host group members or at the Aura Leisure Centre.