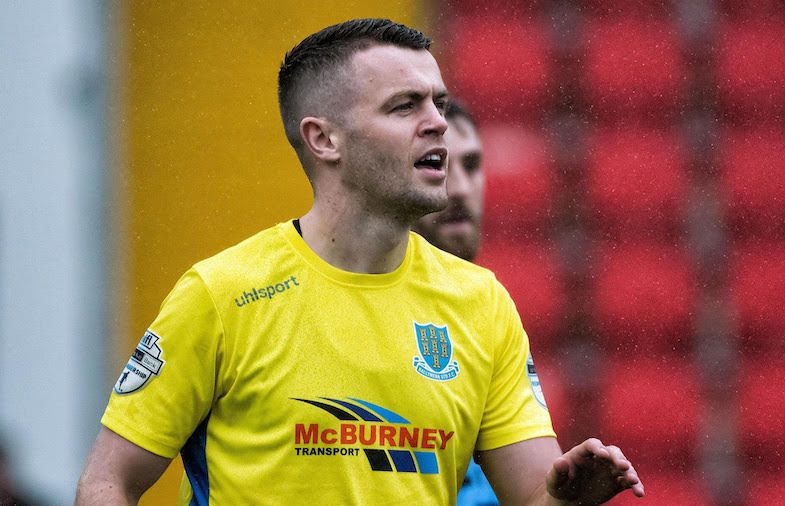 Shane McGinty will go straight into the Dungannon Swifts squad ahead of their fixture against former club, Institute FC, at Stangmore Park this afternoon.

The St Johnston native, who joined this week, was previously on the books of Kildrum Tigers, Finn Harps, Sligo Rovers, Derry City, Coleraine, Institute and Ballinamallard.

Swifts manager Kris Lindsay told the club’s official website: “I’m absolutely delighted to get Shane over the line, he’s a quality player and he will give us options in midfield and going forward. He is still relatively young, at 25 years old, but he’s a lot of experience.

“He’ll boost our squad greatly, add to our options and he’ll give us a freshen up, which is much needed leading up to the run in. I’m really looking forward to seeing the quality he will bring with him to Stangmore and getting to work with him on the training pitch.”

Dungannon are currently in 10th place in the 12-team NIFL Premiership, five points in front of today’s opponents having played two matches less.