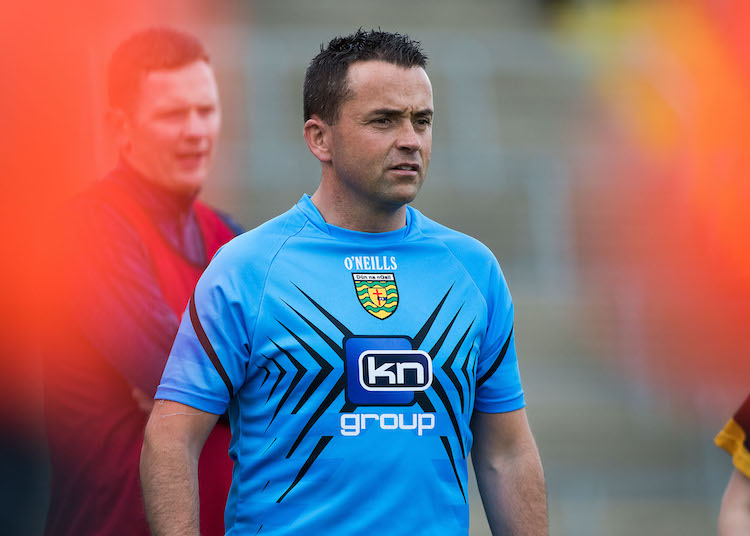 Donegal ladies go down to Mayo in Lidl NFL opener

They may have four of their top forwards on the other side of the world but Mayo turned in a really impressive display in Swinford to win their first points of the Lidl National Football League against Maxi Curran’s Donegal.

The Connacht women hit the front in the eighth minute when Kearns punched home a goal and despite Donegal’s best efforts they were never ahead after that.

Mayo were highly clinical in attack in the opening half and this was reflected in a four-point lead at the break, 3-3 to 1-5. The high-press from Leahy’s charges, allied to swift, kick-passing counter-attacks yielded rich dividends.

Two slotted goals from the deadly Cafferky and Kearns’ strike had the home crowd in fine form but Donegalremained in touch thanks to McLaughlin who kicked all but one of their first-half scores.

The Termon woman won and converted a penalty in the 19th minute as corner-back Deirdre Foley and midfielder Nicole McLoughlin caught the eye for the guests.

Mayo’s teamwork and the intensity of their play was notable in the opening 30 minutes as Fiona Doherty, Kathryn Sullivan and debutant Maria Cannon were prominent.

The second period was a roller-coaster of epic proportions with Donegal looking for an avenue back into contention while Mayo always stayed just out of reach. There were times when it seemed as if the Ulster women were poised to draw level, but the home side were resilient and very hard to break down.

McLaughlin and Caroline Sharkey pointed for the chasers early in the second half but Doherty and Kearns did likewise for the hosts as the match took on a more physical approach as legs tired.

The deadly McLaughlin closed the gap to just three with seven minutes left but then the guests were hit with a devastating double blow as both McLaughlin and full-forward Emma McCrory were sin-binned.

Mayo made the numerical advantage pay to stretch the lead to seven courtesy of a Kearns penalty and a well-hit point from Doherty to make the game, seemingly safe, but Donegal refused to bend the knee.

They never stopped trying and in the dying moments, the selfless Nicole McLoughlin scrambled home a goal before the final whistle signalled a well-earned win for the green and red.