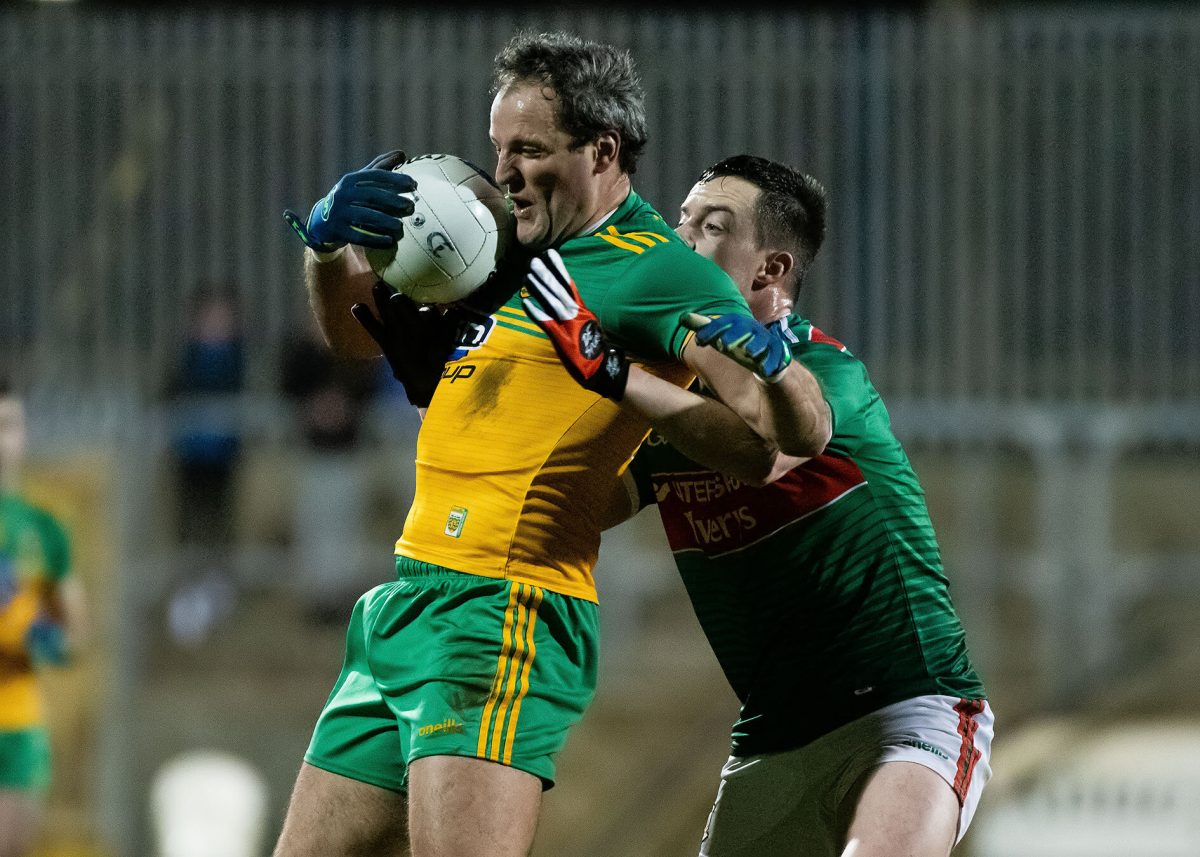 Listen: Michael Murphy admits he thought Donegal were over the line

Michael Murphy admitted his thought it was over when his eighth point of the contest saw Donegal move three points ahead of Mayo in their Allianz League opener.

Donegal were 0-19 to 1-13 in front and already in the eighth minute of injury time with a minimum of six signalled, looked over the line. However, one last assault from Mayo saw James Durcan fire a shot – which took a nick off Murphy – into Shaun Patton’s top corner.