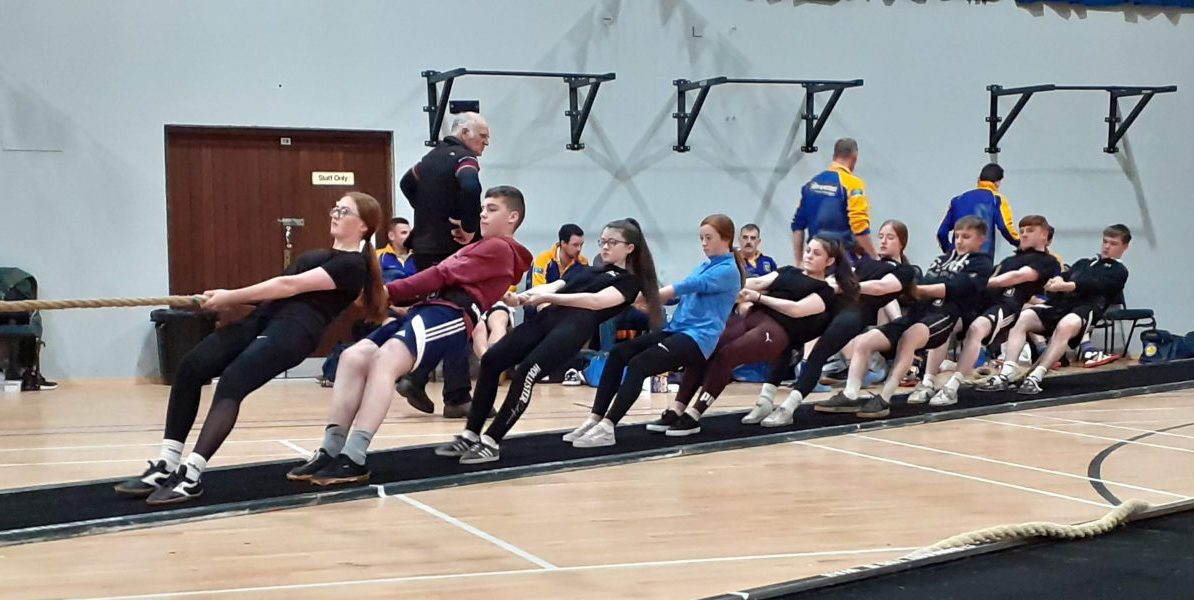 Tug of War Championships to be a big pull for Letterkenny

An estimated 500 athletes from around the world will arrive in Letterkenny next month to take part in the World Indoor Tug of War Championships.

The major event will be held in the Aura Leisure Centre from the 20th – 23rd of February – and it is expected to attract a large number of visitors as well as competitors.

It is thanks to chief organiser Danny McGonigle that Donegal will host the prestigious event this year. Mr McGonigle from Clonmany has worked tirelessly since the Tug of War International Federation (TWIF) approved the Letterkenny bid at their congress in Belfast in April 2016.

‘Big Danny’ McGonigle has dedicated his life to the sport he loves and to his local Clonmany club which he has been a member of for more than 40 years.

Danny always dreamt of bringing the World championship to his native Donegal and is ensuring that no stone is left unturned as the championships draw nearer.

Athletes from as far away as Taiwan, as well as many more visitors and spectators, will be welcomed to Letterkenny for the competitions. James McGinley coaches are looking after airport transfers and the daily transfer of the competitors from their accommodation to the Aura centre on the outskirts of the town.

The Irish Tug of War Association are no strangers to hosting these large international events having recently hosted the very successful European Outdoor Championships in Castlebar in September.

Not only is Danny heavily involved with the organisation of the event but he is also working hard to promote the sport within his own community. He is currently training a very enthusiastic group of young men and women in the Clonmany club and preparing them to compete at the Letterkenny championship in the youth categories. The Clonmany senior A and B teams will also be hoping to feature in the medals at the upcoming world championship.

Preparations are underway for a civic reception on 20th February at the Letterkenny Public Services Centre to mark the opening of the 2020 championships.

Tug of War Championships to be a big pull for Letterkenny was last modified: January 27th, 2020 by Staff Writer