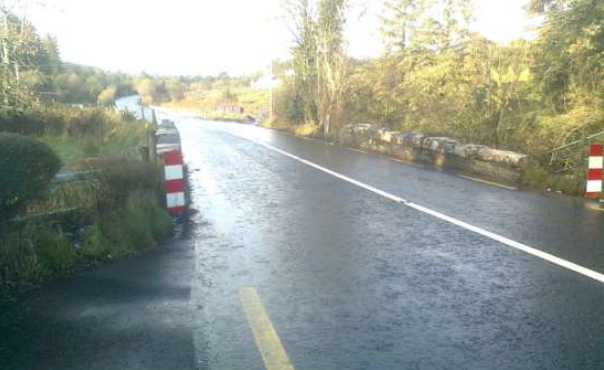 Coyles Bridge extension gets the green light – and a new name

Donegal County Council has passed an approval to extend and widen Coyles Bridge between Quigleys Point and Carndonagh in Inishowen.

And the bridge’s original name will also be restored after historical documents showed that it is actually called ‘Beggars Bridge’.

Coyles/Beggars Bridge is a single-span bridge in the townland of Meenavanaghan which carries the R240 over the  Pollan River.

Repair works, scheduled for the summer, will involve the extension of the bridge on the downstream side and the realignment/widening on both northern and southern approaches to the bridge.

As part of these works, the existing downstream parapet will need to be demolished and rebuilt to accommodate the widening of the road at the bridge.

Submissions on the bridge development project prompted a renaming of the bridge in official documents.

The Coyles Bridge will be referred to as Beggars Bridge in the future, as it emerged that the original name was recorded in old OS mapping of the area.

Coyles Bridge extension gets the green light – and a new name was last modified: January 27th, 2020 by Rachel McLaughlin
FacebookTweetLinkedInPrint