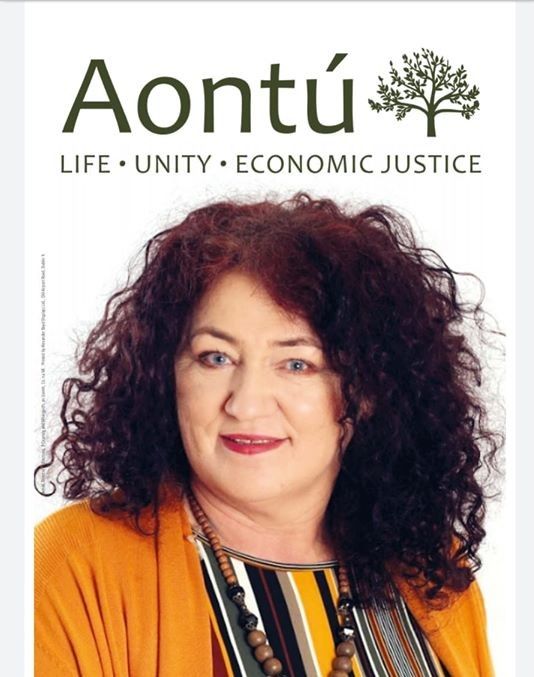 Mary T Sweeney, Aontú GE candidate for Donegal, has questioned if the issues affecting Donegal’s voters matter to RTE given the Aontú party leader is the only national leader locked out of today’s live TV debate.

The party’s solicitors have issued RTE with a threat of High Court legal action unless they reverse their decision to exclude Aontú as 1 of the 8 national parties contesting the elections.

Mary T Sweeney said she is passionate about Donegal and its many important issues but they are being gagged.

“The voters of Donegal deserve to be able to hear Aontu’s vision on a live national TV debate,” she said.

With just hours to go to the debate the threat of legal action remains.

An Teachta Tóibín said it makes no sense to exclude 1 of the 8 national political parties from the debate.

“The bar for inclusion in those debates was that the party had at least 1 TD elected to the Dáil.

“Any new political party such as Aontú will never be given a chance to challenge the political establishment in live leaders’ debate,” he said.

They are just 1 TD behind the Soc Dems in Dáil numbers and yet those two political parties will be allowed to participate in the debate.

Peadar Tóibín said it’s critical that citizens have the opportunity to see the policy platforms of all the national political parties that are contesting in the election.

“RTE must reverse their decision,” he said.

Face coverings will be mandatory in shops...