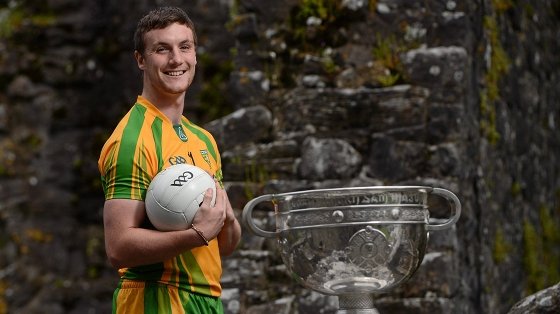 Leo McLoone’s retirement from inter-county football has been confirmed. Donegal manager Declan Bonner said the Naomh Conaill of Glenties clubman stepped aside before the 2020 season got underway.

Thirty-year-old McLoone was part of the 2012 All-Ireland winning team and won five Ulster SFC titles. He made his debut under Brian McIver as an 18-year-old in 2008 against Mayo in Castlebar before a first championship outing when Carlow came to Ballybofey a year later when Joe Joe Doherty was in charage of Donegal.

“Leo has retired,” Bonner said. “Leo has been a brilliant servant to Donegal football and the time we’ve been involved he won two more Ulster titles and was a very important part of the panel.”

McLoone was part of the Naomh Conaill team who came through a three-game thriller against then Ulster champions Gaoth Dobhair in the final of the Donegal SFC in October before reaching the Ulster Club SFC final where they lost to Kilcoo in Omagh.

“I met him a number of times in early autumn and he was going to see out the club championship with Naomh Conaill. He had a lot of experience and was a born leader but felt the time was right. He’s been there a long time and worked hard the last few years. We wish him well.”

The secondary school teacher was also part of Donegal’s 2010 U-21 Ulster championship winning side under Jim McGuinness and also a goalscorer in the All-Ireland final in the 1-10 to 1-8 loss to a Dublin side managed by Jim Gavin.

Donegal drew their opening fixture of the Allianz Football League Division 1 against Mayo on Saturday last, 0-19 to 2-13 and take on Meath this coming Sunday in Cavan.