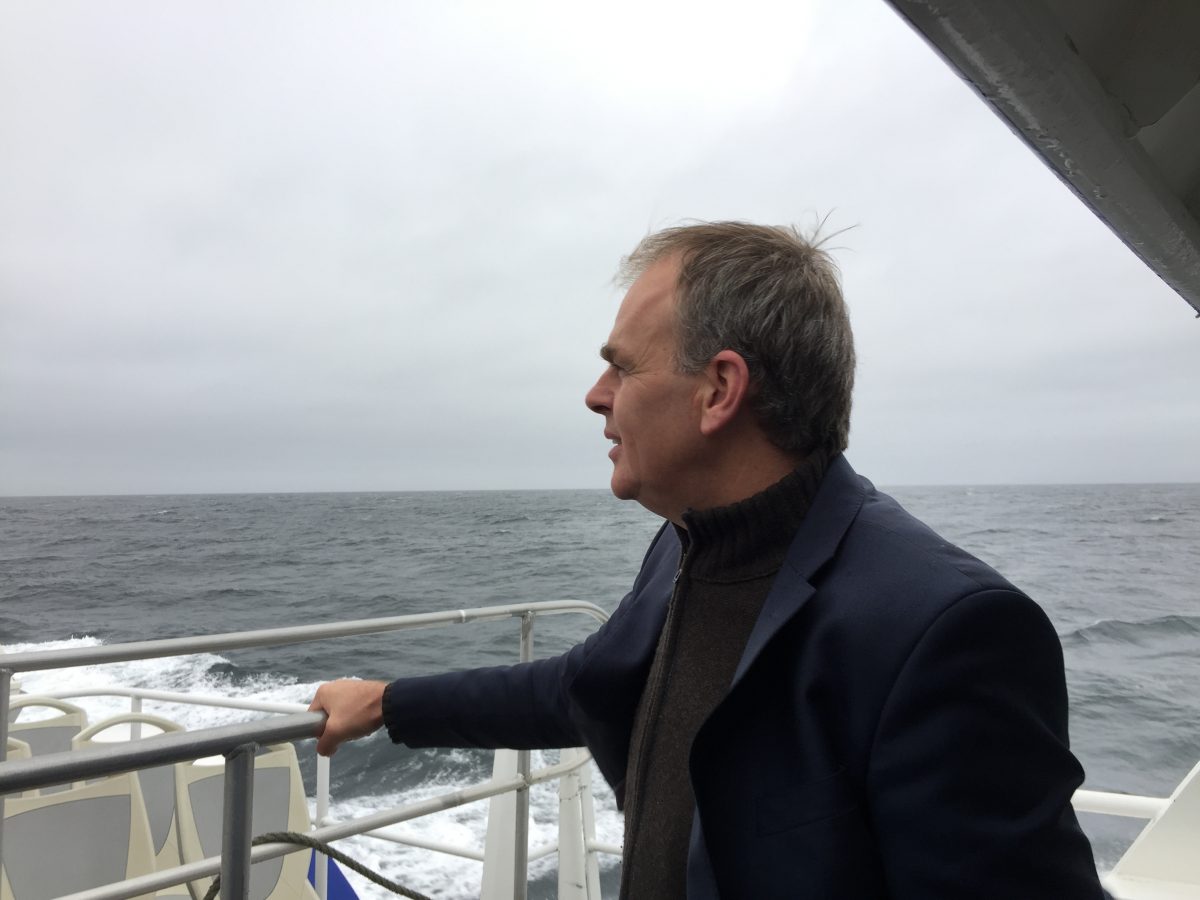 Election 2020: FG only party who can be trusted to deliver for North-West – McHugh

Reversing years of under-investment in the North West region under successive Fianna Fáil led governments is a key priority for Fine Gael, two ministers from the region have declared.

Donegal TD and Minister for Education and Skills Joe McHugh underlined the party’s commitment to delivering for the North West, a region which was ignored by successive Fianna Fáil Governments.

Minister McHugh said: “The North West is playing catch up because of underinvestment by successive Fianna Fáil Governments.

“The trend of underinvestment continued even during the so-called boom and when Fianna Fáil caused the recession the region suffered badly, with the unemployment rate rising to 16.6%.

“Fine Gael in Government has focused strongly on correcting the legacy of underinvestment by putting funding into infrastructure, like roads and schools and by creating jobs and investing in our communities.

“Under Project Ireland 2040 there is a specific focus on connecting the North West with the rest of the country, and ensuring that counties are well connected to each other.

“Some €7.3bn will be invested between 2018 and 2027 in the regional roads network around the country, and there will be a specific focus on the North West – especially with the A5 project to link Donegal to Dublin and cut journey times. This is a key missing link in our local infrastructure in Donegal. This project was also included in the deal brokered to restore Stormont and this can now advance now that the Northern Ireland Executive is back up and running.

“As a Donegal based Minister I know the strength of the investment that has been delivered for the county and the commitment to deliver much more if Fine Gael are in Government over the next five years.

“As an example we have seen €133m invested in national and regional roads in the county in recent years, as well as a string of investment in communities, sporting and local infrastructure, and a focus on job creation.

“There are now Digital Hubs planned or open in Carraig Airt, Kilcar, Buncrana, Gaoth Dobhair, Árrain Mhór to encourage enterprise and help bring workers to rural areas and importantly getting them back up the road and back home. In Letterkenny the Fin Tech sector in Letterkenny now employs 3,500 people.

“This is just a snapshot of Fine Gael’s commitment to this region – and we have the ambition and team to deliver much more.

“Project Ireland sets out a long-term vision but it is already delivering for Donegal and other counties in the North West,” Minister McHugh added.

Minister for Rural and Community Development, Michael Ring, said, “Fine Gael put the voice of rural Ireland at the Cabinet table when my department was established and this has delivered real results, with a roadmap to continue investing and developing rural Ireland and the region.

“The National Broadband Plan will also have a transformative effect on the region by connecting every home, school and business to high-speed broadband – making the region more attractive for job creation but also increasing our capacity to work from home.

“Under Fine Gael €1bn will be invested in in job creation in rural areas and deliver improvements in our towns and villages with a population of less than 10,000 through the Rural Regeneration and Development Fund. We are already investing €148 million in 110 projects.

“There are numerous roads projects underway or completed in the North West including the opening of the Gort to Tuam motorway, the Sligo N4 upgrade and N5 Westport to Turlough.

“This all feeds into the focus on The Atlantic Corridor to connect Corridor linking Cork, Limerick, Galway and Sligo – another key priority.

“This is the first time that we have seen such an ambitious and deliverable plan for the North West region that will ensure that we never again see the type of two-tiered development that FF and others have allowed. Fine Gael will deliver for the North West and are the only party who can be trusted to do so,” Minister Ring concluded.

Election 2020: FG only party who can be trusted to deliver for North-West – McHugh was last modified: January 29th, 2020 by Staff Writer
FacebookTweetLinkedInPrint