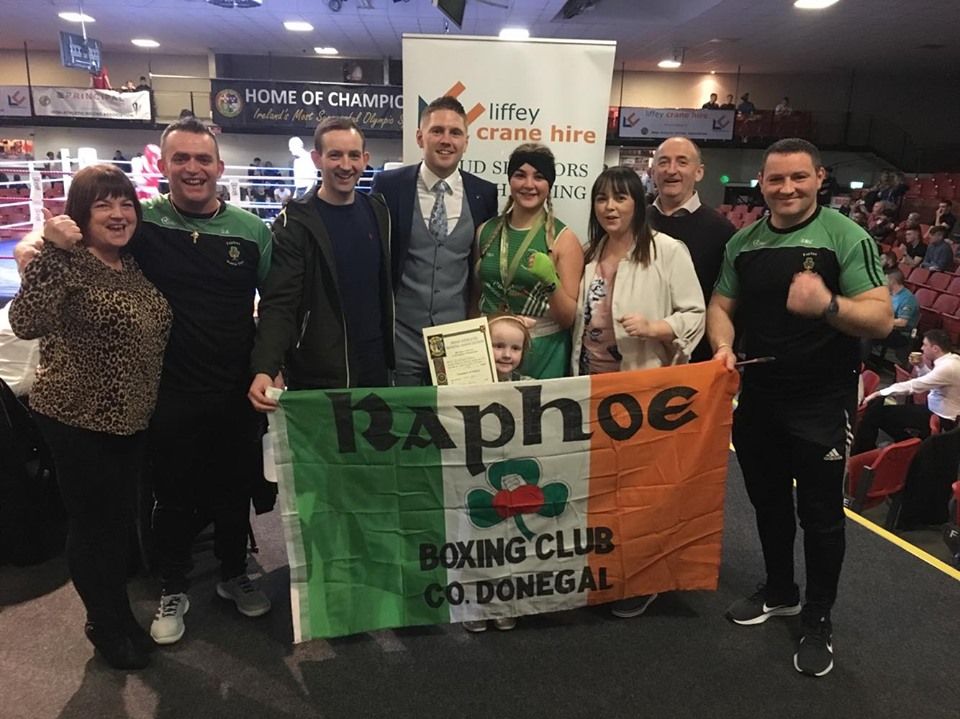 The Raphoe ABC welterweight overcame Shelby Myers to win the Irish U18 title.

Gallen retained the crown she won last year with a fine display, much to the delight of coaches Gary McCullagh and Gerard Keaveney, who worked hard over the Christmas period.

Gallen – also a two-time European bronze medalist – took a 3-2 split decision, though her ring endeavours suggested that the end verdict ought to have been more comfortable in the Raphoe puncher’s favour.

The St Columba’s College student will now advance to the European Championships later in the year.

There was no joy, though, for Gallen’s Raphoe ABC colleague, Cody Lafferty, or Letterkenny ABC’s Paddy McShane, who were beaten via unanimous decisions in their respective finals.