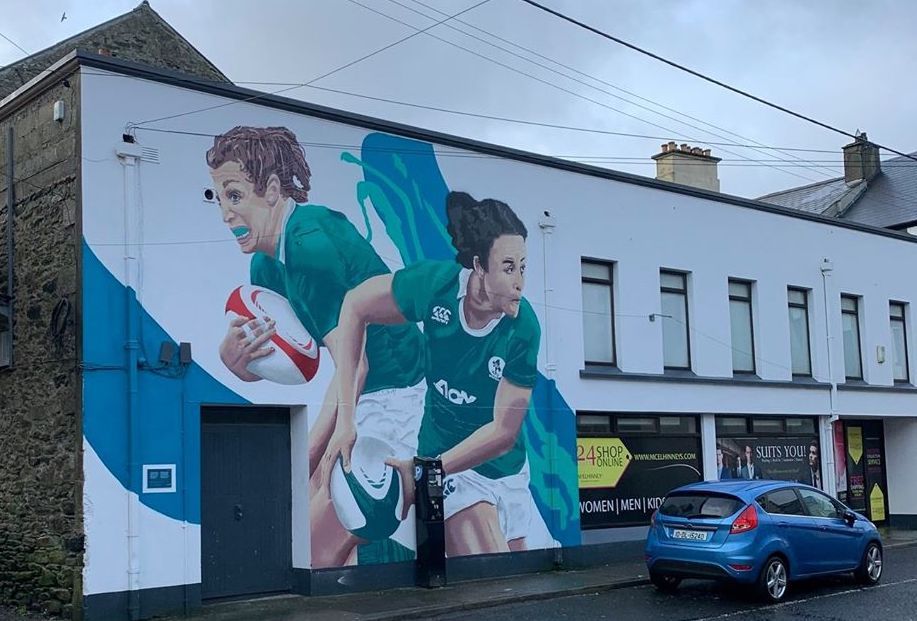 TWIN TOWNS rugby stars Laura Feely and Larissa Muldoon have been immortalised on the side of a building in Ballybofey.

Feely and Muldoon, both of whom have been capped for Ireland, have been painted on a mural on Navenny Street.

The mural is the height of the building, owned by McElhinney’s Stores, at the junction of Navenny Street and Ballybofey’s Main Street.

Feely is a recent graduate to the Irish senior panel and has been named among the replacements for this Sunday’s Women’s Six Nations Opener against Scotland in Donnybrook.

Feely plays for Galwegians and Connacht.

Muldoon was a part of the Ireland squad that won the 2013 Women’s Six Nations, helping Ireland to a Grand Slam. She also won the Six Nations in 2015 and has featured in the World Cups in 2010 and 2014.