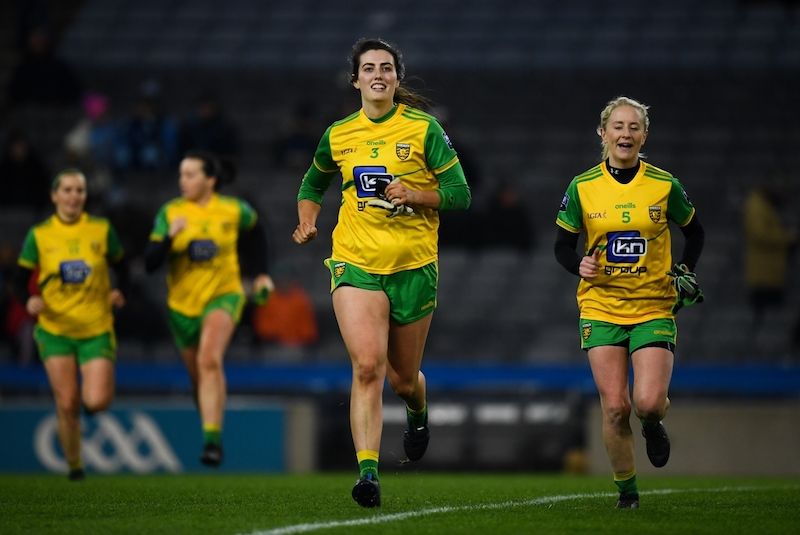 DONEGAL made the long journey to the opposite end of the country yesterday ahead of today’s Division 1 Lidl NFL clash against Waterford at 1pm in Fraher Field – and it brings back some fond memories for Emer Gallagher.

When the Ulster outfit made a similar lengthy trip to Páirc Uí Rinn for a clash with Cork last March, the full-back spent much of her time giving grinds to the Leaving Cert students in the squad.

Gallagher is an Irish teacher at Loreto College in Letterkenny, and five young teammates were in the depths of their studies ahead of their upcoming Irish Orals.

Julie Trearty, Anna Flanagan, Lauren Carr, Megan Ryan and Tara Hegarty all got their cúpla focal in before turning their attentions to the Rebelettes

“I did their oral practise with them because I was doing it in school anyway,” said Termon player Gallagher.

“Before their actual Leaving Cert I took them out for a few days to my house and we went through things. That strengthened the bond I had with those girls.

“We get on so well now because of that, just because I spent that time with them outside of training. It’s nice to give something back because you know how much they are giving.

“I am an adult, I have my job and I have done my Leaving Cert. Sometimes you forget the pressure you had on you when you were that age and the weight you felt on your shoulders, trying to balance doing your exams and representing your county.”

Gallagher did her Leaving Cert eight years ago, and with another batch of young hopefuls in the Donegal panel this year, she is determined to help them in any way she can.

“The progress and leap in the sport from 2012 to now, I don’t know if I could have done that when I was doing my Leaving Cert. It is so much more serious,” said Gallagher.

“It’s not just your field sessions now, it’s gym sessions, you have to weigh your food, you have to think about the sports psychology behind the game, you have to watch video analysis. It is so much more of a buy-in now.

“If there is any support that we can give these girls to make life a bit easier for them when they are trying to balance sport and education then of course you are going to give it.

“As inter-county players, especially female players, so many are highly educated; we have doctors, physios and nurses on teams. We have to give back to the younger girls. It was my pleasure to help them.”

Donegal lost that day in Cork but they did go on to contest a league semi-final subsequently, going down to Galway in Pearse Park. 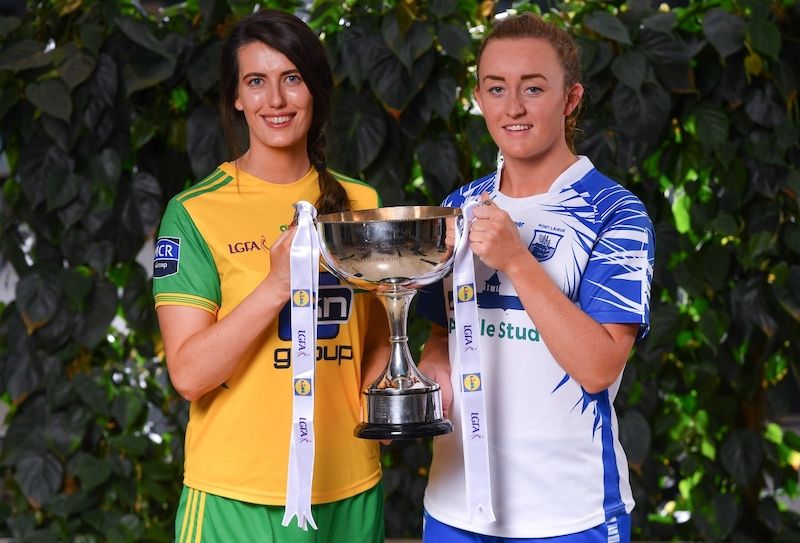 Later in the summer they claimed a three-in-a-row in Ulster with a massive 5-12 to 1-9 victory over Armagh but were dumped out of the TG4 All-Ireland Championship after back-to-back defeats to Tyrone and Mayo in the Round Robin phase. That stunned the squad.

“If you look at our year in two parts you would say the first part went so well and the second, we just didn’t perform,” the 25-year-old added.

“It is so disappointing because we put so much work into last year. Then when we didn’t get a result in the end we were broken hearted about it. It hurts when you are losing matches like that.

“There could have been six or seven months of work put into those losses but coming into 2020 it is exciting to see where we can go.”

Influential forward Yvonne Bonner has been joined by Katy Herron in Australia for the first half of the year, but Donegal manager Maxi Curran can still rely on the services of star Geraldine McLaughlin.

The Termon forward scored 1-6 in last weekend’s 4-7 to 2-9 opening round defeat away to Mayo in Swinford.

And her clubmate knows more than anyone else just how devastating the All-Star nominee can be on her day.

“From training against her down through the years, that is what I feel has brought me on as a defender, that I have marked Geraldine in training for so long,” said Gallagher.

“No matter when you train with Geraldine she goes 100 per cent. It is full intensity no matter what. She never takes any training session lightly.

“Her mentality has definitely brought our whole club on and our county team as well. She will work her way back from No 15 to turnover a ball. And that lifts the team so much.

“She is such a huge ambassador for the sport and I still can’t believe she doesn’t have an All-Star for someone of her calibre.

“If any team in the country were looking for a player, Geraldine would be the player they would swap in. She adds so much to any team that she is part of. She is an unbelievable athlete.

“I have been very lucky to have grown up through the age grades and played my club and county with her. I had great success at underage level mostly because she was part of our teams. She has just been a great teammate.

“But I am so glad that I am not marking her in actual matches.”