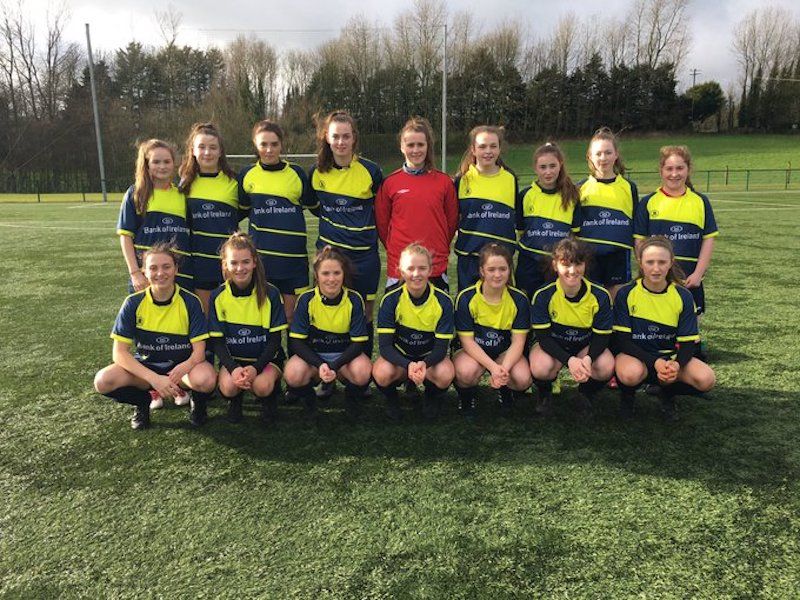 The Kilkenny school continue their good run of form which saw them capture the Minor and Junior Cups defeating Claregalway College on both occasions last season. Could it be their year to snatch the elusive Senior title?

Moville have a magnificent record in this competition having competed for the last two titles, losing out to Presentation Thurles in 2018 but overcoming Athlone Community College twelve months ago to secure the silverware.

The Donegal outfit also bagged the coveted title in 2013 defeating rivals Christ King Girls’ Secondary School. The Cork side had a role reversal in 2012 which saw them claim top spot in Tallaght while Moville were runners up.

The experienced Moville team craved out a number of goal scoring opportunities early on as Kate McClenaghan and Megan Havlin both went agonisingly close in the first quarter of an hour.

Then Kilkenny star Ellen Molloy had a guilt edged chance midway through the half when she diced through the central defence but her strike went astray.

Katie Ryan pulled off a magnificent intercept off the line to deny Havlin following some good work by McClenaghan down the right wing.

But it was Niamh Phelan who broke the deadlock against the run of play just before the break when she slotted home a marvellous individual effort.

Kilkenny were a different team in the second half which saw a snapshot from Phelan skim off the post six minutes into the restart. Freya De Mange was linking well with Donnelly and Molloy to create more possession in midfield.

The Leinster starlets didn’t have to wait long for their second as a powerful free-kick from Cliodhna Donnelly smashed over the head of goalkeeper Skelly.

The onslaught continued three minutes later as Sarah Barco tested Skelly who palmed the ball into the coming Ellen Molloy to tap into an empty net for Kilkenny’s third.

Moville responded immediately when Megan Havlin converted in a packed goal-mouth to take the game to 3-1 with 28 minutes remaining.

Clodagh Skelly was called upon in quick succession to stop the advances of the hardworking Molloy and Phelan with two excellent point blank saves.

At the other end, Ruddy and Browne had two balls smash off the woodwork late on as Moville tried to save their Cup campaign.

However the game was eventually wrapped up two minutes from time when Ellen Molloy netted her second and Presentation’s fourth of the afternoon following some superb work from Phelan.