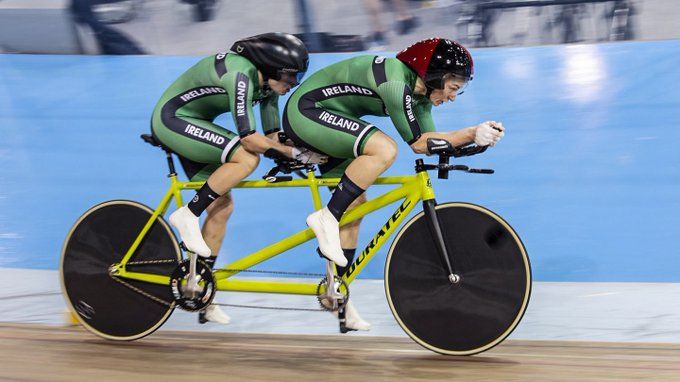 Silver for Katie George-Dunlevy in Canada

Dunlevy – whose father John is from Mountcharles – and McCrystal broke their national record on the way to silver in the Women’s Tandem Pursuit race in Milton, Canada.

The Irish duo broke the record on the way to 27.358 seconds in qualification.

Emma Foy and Hannah Van Kampen went even quicker, breaking the world record with their time of three minutes 20.819 seconds.

Griet Hoet and Anneleen Monsieur of Belgium took the bronze.

On Sunday, Dunlevy and McCrystal will compete in the Women’s Tandem Time Trial.

Today’s is the pair’s best track result at the Para-cycling World Championships.