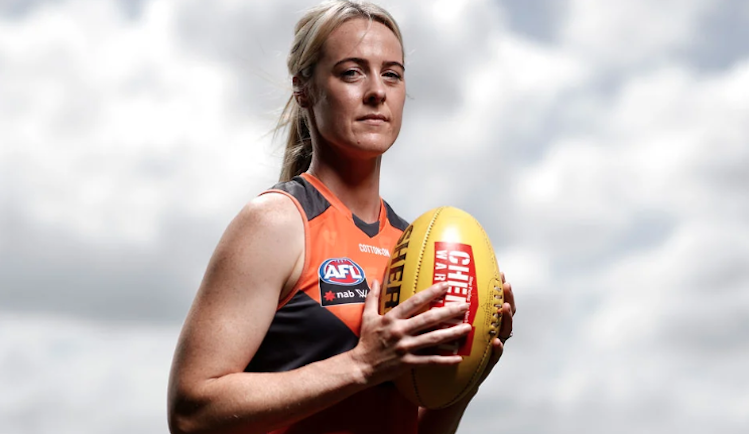 YVONNE Bonner wants to hit some high notes Down Under in 2020 after an impressive debut season in the Women’s AFL.

Bonner scored six goals for the Greater Western Sydney Swans. Although it was a disappointing season overall for the Giants, who won just two games, ever-present Bonner caught the eye.

On of her goals, against Carlton Blues, was even a Goal of the Year nomination at the season’s end.

“I suppose the excitement and adrenalin carried me through, but when I reflect on it, I don’t even know how I managed to play the amount of the games I did,” Bonner said.

“I suppose with the knowledge and experience I had, I was happy enough with my first season.”

The Glenfin woman’s absence was a big blow to her club and to Donegal.

However, she settled in well in Sydney and hopes to be even better this year. The new campaign gets underway next weekend.

She said: “You expect too much, but there’s a lot I can improve on and I’m looking forward to another season.

“When I arrived in Sydney I hardly knew the rules, and I’m not saying I’m an expert now, but I’m feeling a lot more comfortable now.”

Bonner stayed in Australia over Christmas, but didn’t play in the VFLW competition, opting instead to work on her strength and conditioning over in the winter.

She said: “I picked up a lot of small things watching the men’s games, so it’s been great learning about the game.

”I tried to get out to most of the home games and watched the away games on TV, and when it’s more relaxed like that, instead of watching footage on a computer, you pick up a lot more.”

Giants Coach Alan McConnell has high hopes for Bonner – who is expected to return to the Donegal colours for the defence of the Ulster Ladies SFC title later this year.

McConnell said: “I might play her further up the ground because she’s got great speed and endurance.

“We haven’t really maximised the endurance aspect of her athleticism, but as we look to develop her footy smarts that becomes easier.”