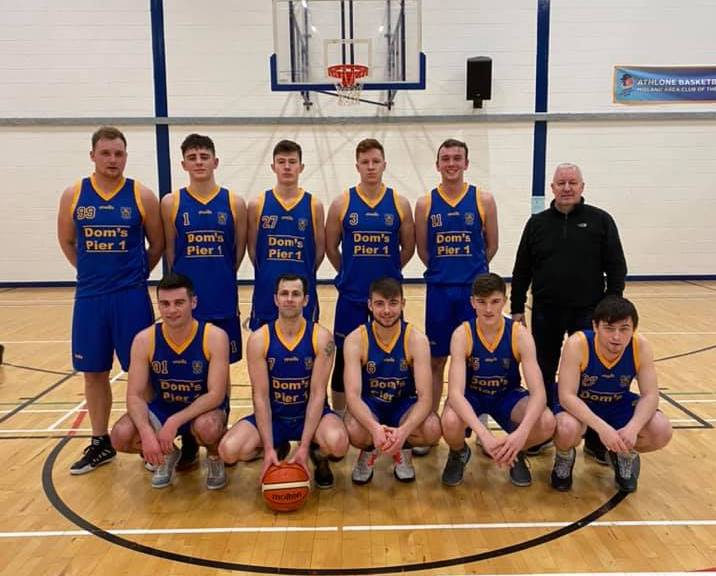 DONEGAL TOWN continued their winning streak, extending the run to 11 with a hard-fought win away to second-placed Athlone.

Donegal Town’s passing in the first quarter was exceptional, with leaders Dillon Muldoon and Paul McHugh getting everyone involved.

All six players who played in the quarter got on the scoresheet.

Athlone made a comeback in the second, playing great defence and on the other-side S.Flynn and D.Mooney started getting scores for the home side.

Dillon Muldoon and Paul McHugh hit a multitude of mid-range jumpers to keep Donegal Town’s lead ahead while Darragh Griffins energy off the bench helped the men finish the half strongly.

In the third and fourth quarters, the pace slowed down and big men Jason Duignan and Patrick Reid were vital on the boards and disrupted Athlone’s inside men from scoring.

The defence pushed Donegal to victory in the end with every man playing their part.

The ever-impressive Muldoon scored 10 points in the third to keep the pressure on. McHugh and Muldoon were constantly getting doubled teamed in the fourth quarter, but trusted the ball in their younger teammates, with Matthew Oates, Darragh Griffin and Patrick Reid scoring the last few buckets to secure another big win.

Donegal Town Basketball Club welcome Amber L Team based in Carrick-on-Shannon to the AVS gym for their second last game of the season this Saturday at 7pm. All support welcomed.