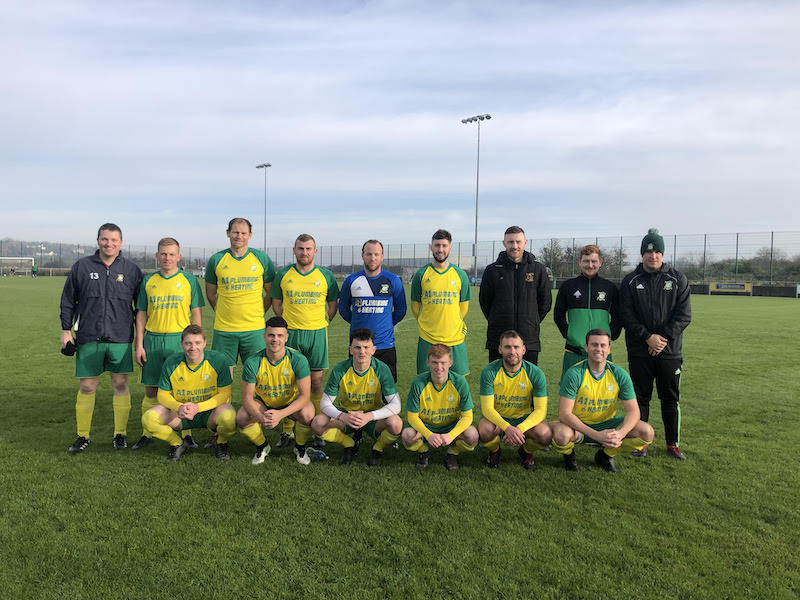 DAMIEN McClafferty has been impressed by Bonagee United’s transition to life in the Premier Division.

Bonagee won promotion by clinching the Division One title last season and the Dry Arch men have taken well to top flight status.

Bonagee are fourth in the Premier Division and on Sunday became only the second team to take points off leaders Cappry Rovers.

“You can never doubt the character in our dressing room,” McClafferty told Donegal Daily/Donegal Sport Hub.

“We have adapted well. We hit the ground running. We were wining against teams that were tipped to be near at the bottom, but we’ve showed that we can compete.

“We have a big Brian McCormick Cup semi-final and we’ll not fear whoever we’re drawn against. We’re enjoying what we’re doing so far.”

On Sunday, Daniel Stolarczyk cracked in a free kick with the last kick of the game to earn a 1-1 draw after Sean McBride put Cappry ahead in the closing stages.

McClafferty said: “When you get a free kick with the last kick of the game, you just hope to hit the target. When you have Daniel over the ball, more times than enough he’ll hit the net. A draw was a fair result. None of the teams probably deserved to win the game.”