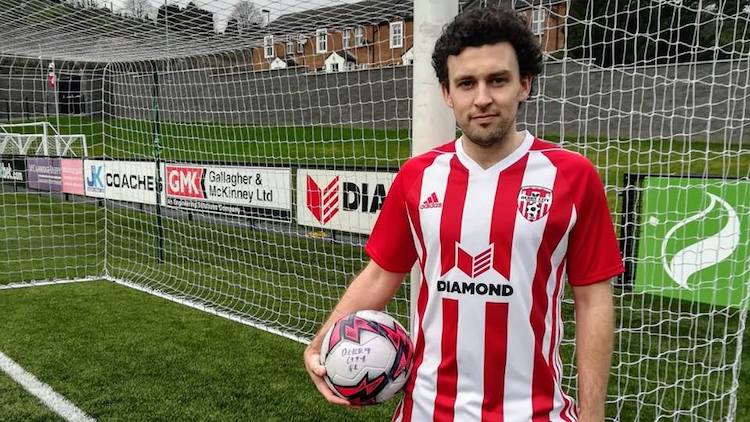 Listen: Ollie Horgan’s on his hopes for Barry McNamee

FINN Harps manager Ollie Horgan says he is hopeful of having Barry McNamee in his ranks for the 2020 season.

The former Derry City captain trained last night with Harps at the Finn Valley Centre, fuelling speculation that the Ramelton man is to make the move.

McNamee has been out of contract since November and has been courted by a number of clubs, but Harps have been in pole position to land the 27-year-old midfielder

“Barry trained with us on Monday night and we’ll see where it goes,” Horgan told Donegal Daily/Donegal Sport Hub this evening.

“We would love to have him. It’s a question of whether he’d love to come to us. He needs a bit of time and he’ll get that from us.”

McNamee spent 2018 at Cork City in between two spells at Derry City. He was the club captain at the Brandywell last year, but now seems set to join his brother Tony at Finn Park.

Horgan said: “I hope that Barry does come in and tries to push us off the bottom of the table.

“We need him and we need more for us to try and progress. It has been as difficult an off-season It would be a great statement if he signs.

“Barry is his own man and will make up his own mind. He plays the cards close to his chest and we have had many the lad who came in and trained but who we didn’t see again!”