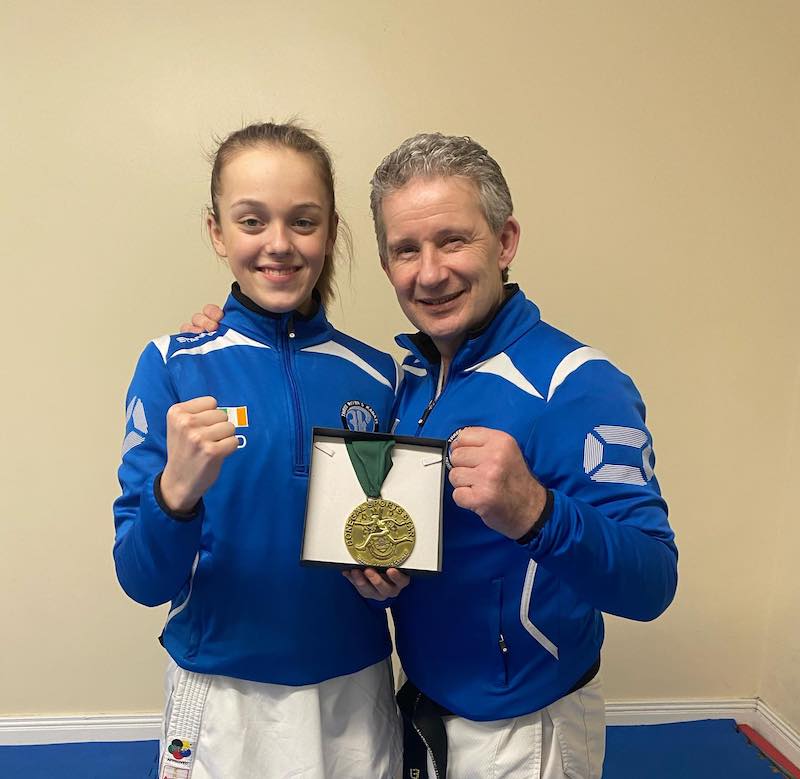 Emma kets out to Budapest tomorrow with the IKAKAI Irish Karate tam tomorrow.

The Royal and Prior Raphoe student, who hails from Argary, previously competed at the XI WKF Junior Championships in Chile in November.

There, she finished in seventh spot – the highest by an Irish female at any WFK World Championships.

On Friday night, she was named as the martial arts category winner at the 2019 Donegal Sports Star Awards.

Thia Hannigan, the youngest member of the team, took home a well-deserved silver.