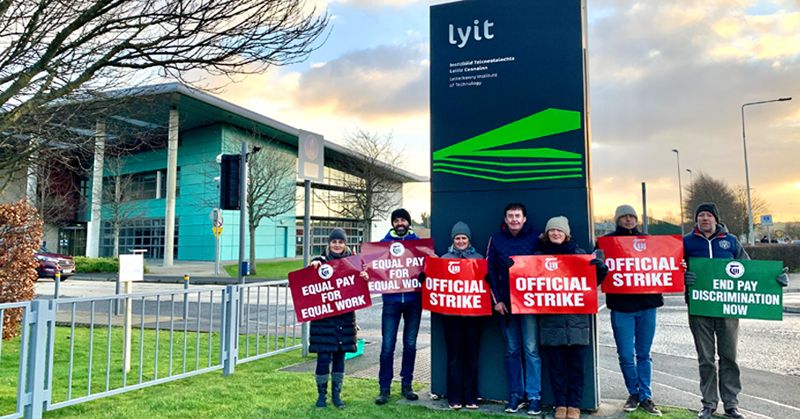 Hundreds of secondary school teachers and lecturers in Donegal are taking strike action today in a dispute over pay.

The action involves 19,000 members of the Teachers’ Union of Ireland (TUI) in second level schools, colleges/centres of further and adult education and Institutes of Technology.

Hundreds of schools across Ireland are closed today as the union takes industrial action to end pay inequality among teachers and lecturers.

Members are campaigning over the discriminatory two-tier pay system which was placed in 2011. At second level, a teacher employed after 1st February 2012 earns 14% less on initial appointment and 10% less over the first ten years of their career. This amounts to over €50,000. 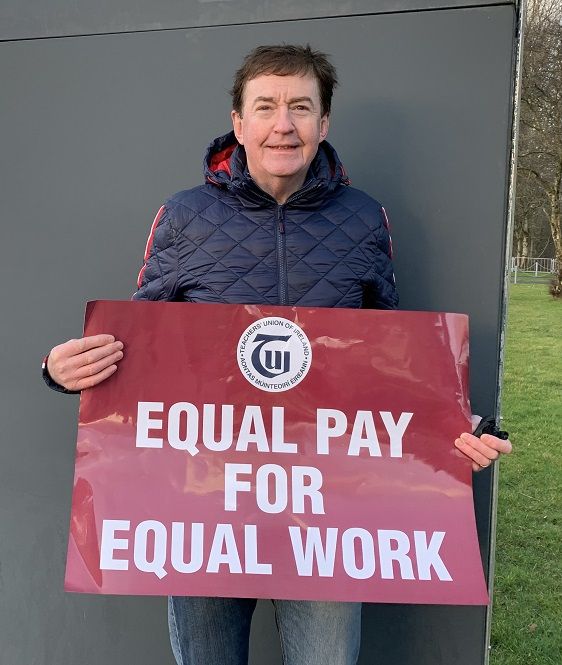 Mr Gallagher told Donegal Daily: “We are looking for equal pay for equal work, they are doing the same work as lecturers who are employed prior  to 2011. In 2011 as part of the austerity cuts there was a significant reduction in their remuneration that has never been restored.

“That is what we are protesting for today. We are on strike action, we are all losing a day’s pay over it, but this is about solidarity and getting equal pay for work.”

The TUI says it expects immediate action on eliminating the two-tier pay system. The union also said the issue is directly affecting the recruitment crisis in education.

TUI President Seamus Lahart said “The findings of a survey of principals second level schools last week show that almost four in five schools have advertised positions for which no teacher applied, while over half have unfilled vacancies due to recruitment and retention issues. This teacher supply crisis is unprecedented and risks causing irreparable reputational damage to our education system.

“Most importantly, the crisis is severely impairing the service to students. In some schools subjects are being dropped; in others continuity of teaching service cannot be guaranteed.”