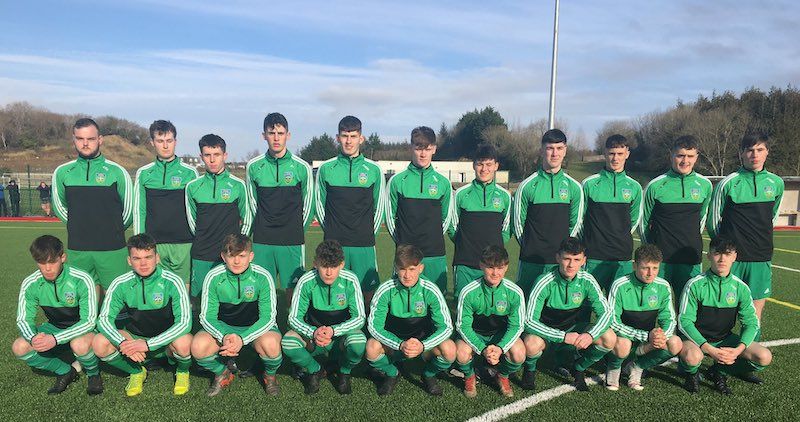 Ferry netted as Pobalscoil Ghaoth Dobhair came from 2-1 down in extra time to defeat St Joseph’s, Foxford 3-2 in Ballisodare.

In extra time, Liam Durcan netted nine minutes into the first period to get the Foxford noses in front.

However, Pobalscoil Ghaoth Dobhair drew level courtesy of an own goal with Ferry the architect.

There were only two minutes left on the watch a that stage, but there was still time for a twist.

In the dying embers, a cracker by Ferry – on the books at Derry City’s underage ranks – won the day and the title for Pobalscoil Ghaoth Dobhair. Ferry let fly with a stunning effort that gave Brian McMahon no chance.

Pobalscoil Ghaoth Dobhair had taken the lead in normal time as McFadden latched onto a pass from Ferry to fire in a classy opener.

In added time at the end of the first half, Hopkins netted at the second attempt.

Hopkins had a chance to put his men in front, but he couldn’t add the killer touch. Late in the game, the two sides had aches, but Fionnan Coyle and Adam Battle couldn’t hit the target and it was left to extra time to throw up a winner.