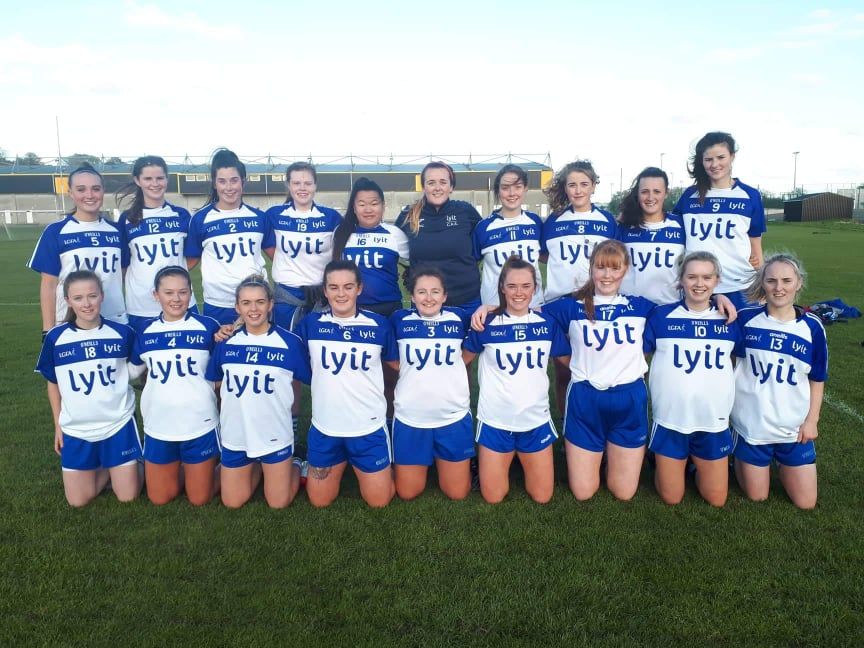 LyIT romped to a ten-point win with Nicole Gordon grabbing the other goal.

In a tense exchange DCU claimed the first score after dominating the first five minutes of the game.

By the tenth minute LyIT were 2-4 to 0-1 in front following an onslaught of sweeping moves which saw goals from Cregan and Gordon.

DCU were persistent adding 1-3 to their tally late in the half, leaving three point between the teams at half time.

An organised, focused, Lyit took hold of the second half denying DCU a score until the final few minutes.

A third goal from Creggan combined with everyone in the midfield and forward line chipping in with points, gave LyIT a deserved win and a place in the championship quarter finals where they will face the winners of Trinity College and CIT.