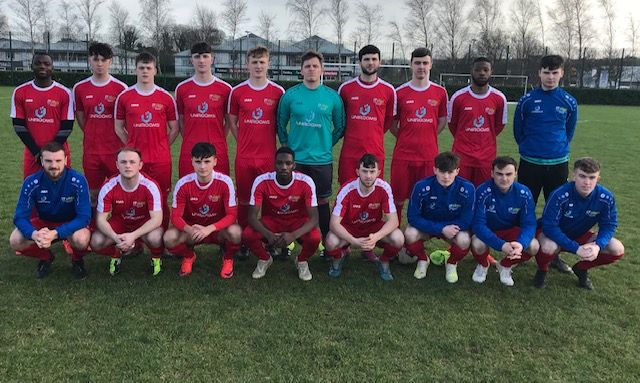 Listen: Jason Quinn on IT Sligo’s come-from-behind win over LyIT

JASON QUINN pointed to IT Sligo’s never-say-die attitude as they came from two-nil down to defeat Letterkenny Institute of Technology yesterday.

LyIT were 2-0 in front in the first half, but. IT Sligo fought back to win the Umbro Cup quarter-final in extra time.

“We were poor in the first half and we didn’t get out of the blocks at all,” Donegal man Quinn, the IT Sligo goalkeeper, told Donegal Daily/Donegal Sport Hub.

“The boys really dug in and got the third goal in extra time. The penalty was important to give us a lift and we didn’t feel like everything was against us at half-time.

“We’ve been flying in the League and UCD are the only team to beat us. It’s a great bunch of lads and everyone is working hard in training.“