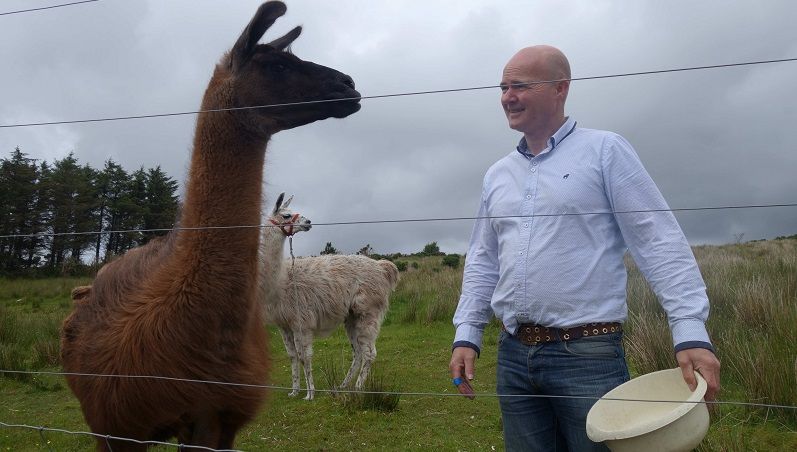 Some of the Donegal’s more unusual residents will be featured in an upcoming episode of a documentary series in TG4 this week.

Beidh Aonach Amárach will be heading to the north west on Thursday to feature the Clonmany Show and all the colourful activities that go with it.

Some extraordinary creatures will be turning up for the show too, as Gweedore Zookeeper Connie Ó Gallchóir brings his exotic birds along from Errigal View Pet Zoo.

Connie knows plenty about animals from alpacas to llamas and from meerkats to mongooses but will his birds impress the judges? With Noel Cunningham and Neven Maguire thrown into the mix there’s no end to the fun in Clonmany.

Cameras will capture all the action of last summer’s Clonmany Agricultural Show, where tackling four seasons in one day didn’t faze the happy punters.

Other people who will feature this week are Eddie and Anne McFadden, who have an action-packed day between jiving and sheaf throwing.  Plus, Mícheál Cannon has had plenty of success in the past with his sheep dogs but how will they fare on the day?