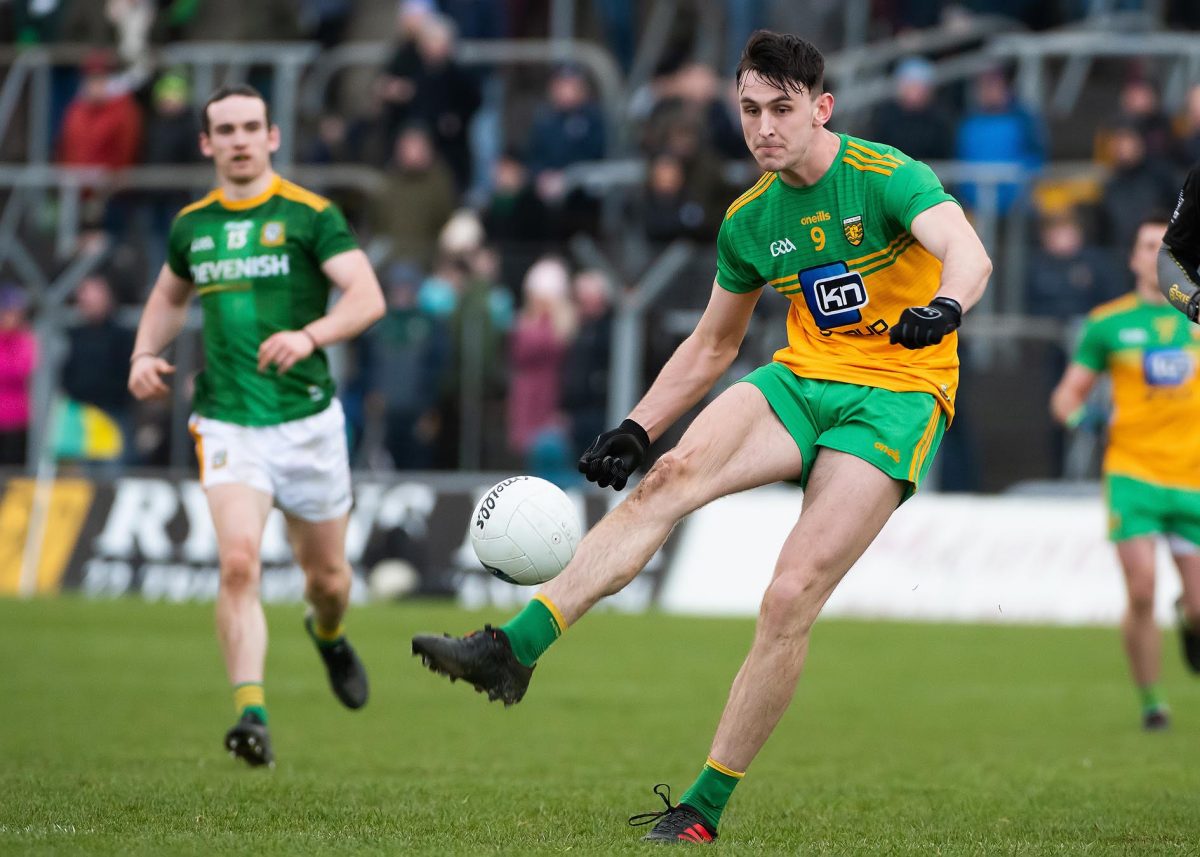 SUNDAY’S win over Meath in Navan saw Donegal improve on their poor away record in Division 1.

The comfortable 3-9 to 0-7 win was only Donegal’s sixth win in their last 30 away fixtures in the top flight, stretching back to 2008.

Since winning Division 1 under Brian McIver in 2007, Donegal have now played 30 regulation Division 1 games away from home, winning only six.

Donegal had to wait until the opening day of the 2016 campaign for their next on-the-road success in Division 1 – and a 3-15 to 0-7 hammering of Down in Newry.

Away wins at Roscommon and Cavan followed in 2017 before relegation in 2018 ended their stay on the top rung.

“We moved the ball very well and we should have had more goals,” Donegal manager Declan Bonner said.

“We opened their defence well. Any day you pick up two points away from home in Division 1 is a good day.

“We should have had more scores on the board and that’s a disappointing factor. We kicked 3-9 so we’re happy to come out of Navan with two points.”

Donegal have been in Division 1 for nine of the last 13 campaigns, but Brennan wants Donegal to avoid relegation battles and establish themselves as a regular Division 1 side.

“It has probably been like a yo-yo experience for the last few years and one of the aims at the start of the year was to just try and stay consistent in Division 1,” Brennan said ahead of the visit of Galway to Letterkenny this Sunday.

“It is really important to stay consistent and try and push on this week to lay a platform to really attack this Sunday.”