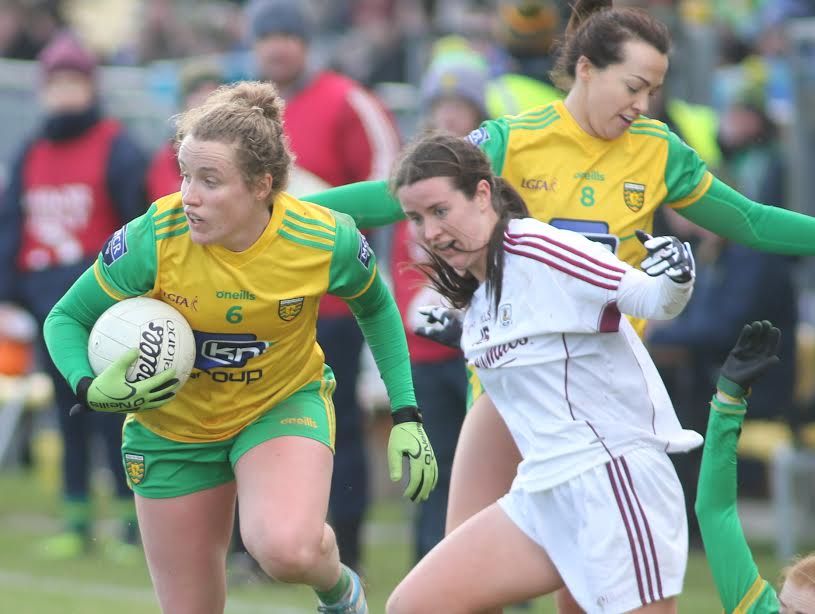 Leonard stars as Galway come from behind to topple Donegal ladies

TRACEY LEONARD fired home an impressive 3-4 as Galway came from five points down to post a fine win over Donegal in their Lidl Ladies NFL Division 1 fixture at O’Donnell Park in Letterkenny.

A well-taken goal by Amy Boyle Carr on eight minutes from an Emma McCroary pass put the home side into a 1-1 to 0-1 lead.

However, Galway hit back with a goal of their own when a wind-assisted 45 from Roisin Leonard got a touch from Tracey Leonard to trickle over the goalline.

Goals were the order of the day, certainly to begin with, as on 11 minutes Nicole Gordon swung an effort at goal over her shoulder and into the wind to see the ball nestle in Lauren Diskin’s top-corner.

Then, on 13 minutes, Geraldine McLaughlin opened her account to finish off a lovely give-and-go with McCroary to put Donegal 3-1 to 1-2 in front. 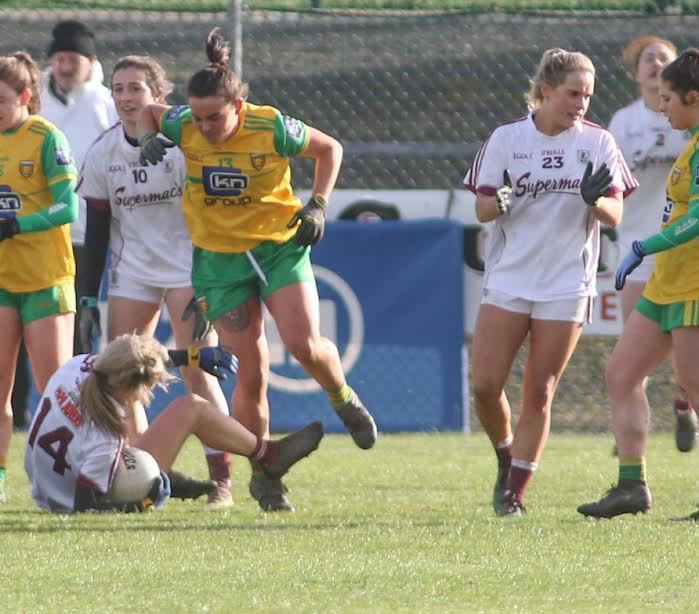 Tim Rabbitte’s Galway, through three frees and one from play from Tracey Leonard, as well as a Sarah Conneally score, got back on terms at 3-1 to 1-7 having scored the last five points of the half.

Galway were shocked by Waterford in their opening fixture, but Roisin Leonard’s hat-trick of goals helped them to comfortable victory over Westmeath in Round 2.

Donegal had lost in Mayo but won on their trip to Waterford to open the year in which they’re targeting their fourth Ulster title in succession.

Galway went ahead for the first time with a Roisin Leonard free, this time in the 32ndminute and Fabienne Cooney blocked well to deny McLaughlin a second goal.

Tracey Leonard’s excellence in front of goal continued moments later, in the 39th minute, when she slotted home a Lucy Hannon pass for her second goal.

Donegal were struggling, but Gordon managed to get a goal to awaken the home team on 41 minutes. Galway were 2-9 to 4-2 ahead then and saw goalkeeper Diskin save from McLaughlin. 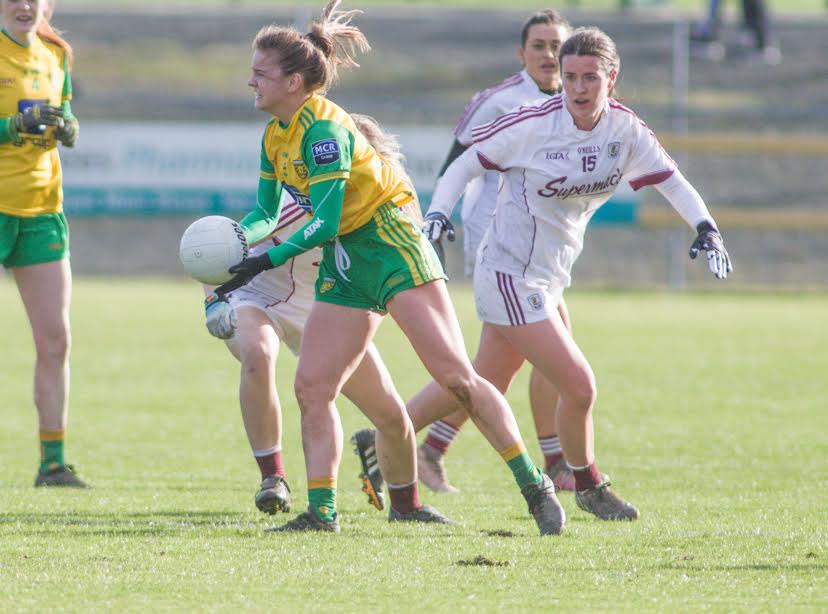 With 14 minutes to go, McLaughlin levelled it up from a free, 4-4 to 2-10, only for Roisin Leonard to edge Galway in front by the minimum.

Tracey Leonard completed her hat-trick of goals on 51 minutes to round off a move that saw captain Charlotte Cooney lay on the assist. McLaughlin took a late knock but was reintroduced as Donegal tried in vain to get something from the contest.

Leonard stars as Galway come from behind to topple Donegal ladies was last modified: February 9th, 2020 by Chris McNulty
FacebookTweetLinkedInPrint