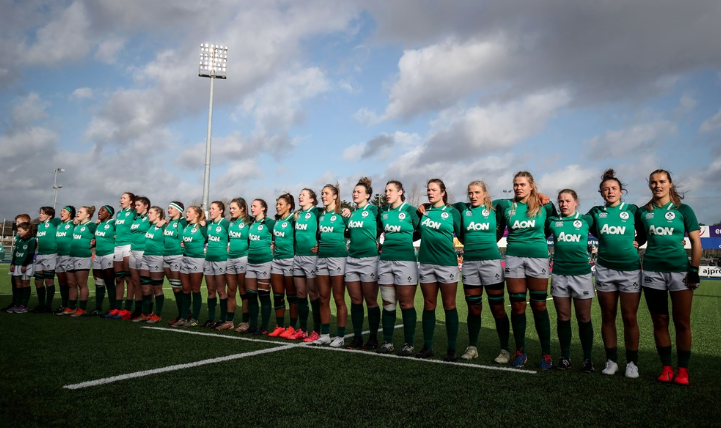 LARISSA Muldoon and Laura Feely came off the bench as Ireland recorded a comprehensive 31-12 win over Wales in the Women’s Six Nations.

The Ballybofey duo both came in as replacements as Adam Griggs’ side romped to a five-try win.

Ireland put a poor first quarter-of-an-hour behind them to lead 17-5 at the interval, Beibhinn Parsons and Cliodhna Moloney both touching down for the second week running and Lauren Delany romping clear in the 33rd minute.

Wales made light of Gwenllian Pyrs’ sin-binning to get off the mark through Lauren Smyth, and their captain Siwan Lillicrap added a second half try.

Yet Ireland were always at least twelve points clear, Linda Djougang powering over for a 42nd-minute bonus point try and the scrum delivering the final score.

Muldoon, a former Six Nations and Grand Slam winner with Ireland, is back in the squad again and the Railway Union and Leinster player came into the action.

A minute later, Feely, who has become a regular squad member of late, was also introduced.