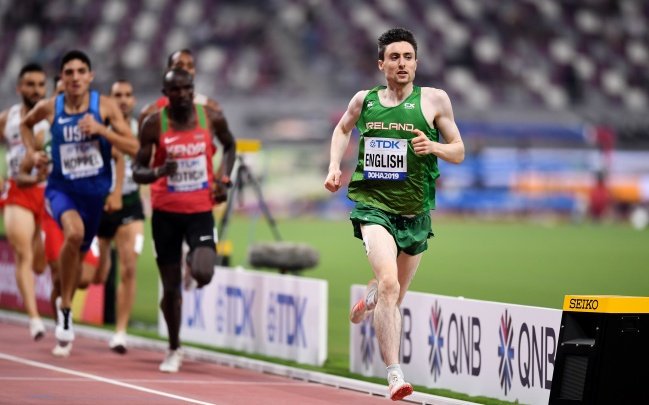 Mark English to feature in international 800m in Athlone

MARK English has a swift return to action with the Donegal athlete set to compete in Athlone on Wednesday night.

English will compete in the 800m at the AIT International Grand Prix.

English, the 2019 European Indoor bronze medallist began his 2020 season on Saturday night with a sixth-placed finish at the Millrose Games in New York.

The Letterkenny native wasn’t in contention and finished in 1:52.94.

Olympic hopeful English gets back to a race tomorrow night as he goes in Athlone.

Elsewhere on the night, Ethiopia’s Samuel Tefera – who holds the 2018 World Indoor record in the 1500 meters – will attempt to break the World Indoor Mile record (3:47.01) set last year by fellow countryman Yomif Kejelcha.

Irish talent Darragh McElhinney, who took bronze at last summer’s Euro U20 Championship, will also be competing in this hotly anticipated race and has been tipped as one to watch.

The biggest event in Ireland’s athletics calendar, the AIT International Grand Prix is a treat for any athletics fan and for those who appreciate sporting excellence.

Tickets can be purchased on the door or via the AIT Sport website: www.aitsport.ie/ait-international-grand-prix-2020/