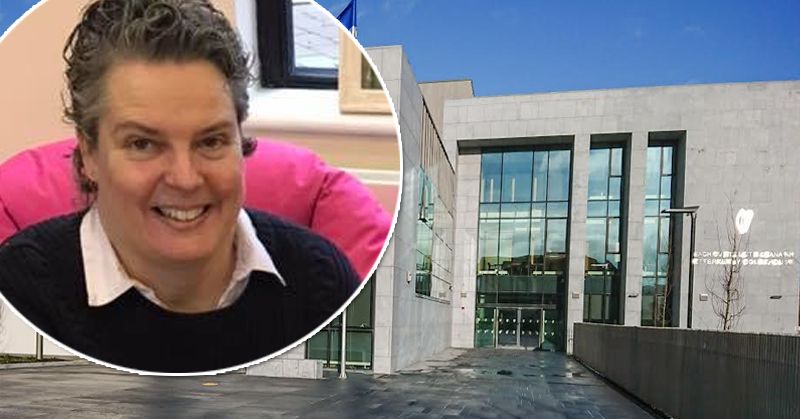 Delight over landmark ruling on coercive control in Letterkenny

Kevin Dunleavy (33) was yesterday jailed for 21 months for harassment and abuse of his partner. Dunleavy guilty at Letterkenny Circuit Court to charges including coercive control, harassment and making threats to damage property.

Over a three-month period in 2019, Dunleavy made 5,757 telephone calls to his then-partner Caoimhe Crossan. The court heard how he was possessive and subjected Ms Crossan to such a tirade of abuse over numerous occasions that she feared for her safety. Dunleavy’s conviction was the first of its kind in Ireland after new legislation was introduced last year to make coercive control a criminal offence.

Dr Marie Hainsworth, Manager of the Donegal Domestic Violence Service, said the centre is delighted with the outcome of this case. “Overall we are delighted, I think it’s great. The amount of work and preparation that went into it was amazing and it was good for the gardaí that they can see the legislation can be successful.”

Dr Hainsworth said the outcome will be subjected to further analysis, and the fact that the case was in Donegal was “an added bonus” as agencies could directly monitor it. 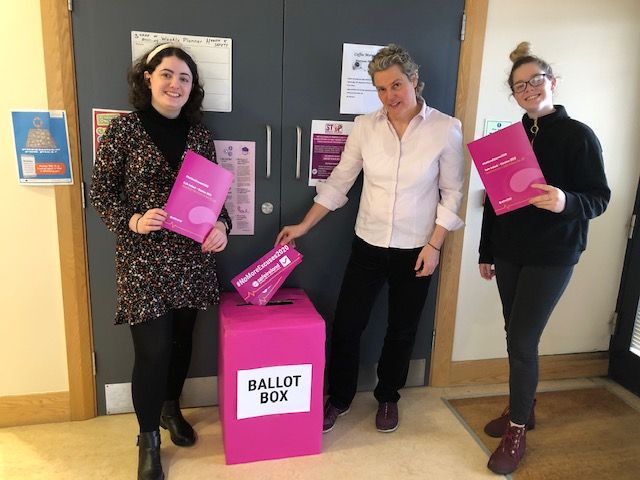 Coercive Control, as defined by gardaí, occurs when a current or ex-partner knowingly and persistently engages in behaviour that is controlling or intimidating and is having a serious effect on a person. The victim may fear that violence will be used against them, or they may be suffering serious alarm or distress that has a substantial impact on their day-to-day activities.

Coercive Control is the way that an abusive person gains and maintains power and control over another person by subjecting that victim to psychological, physical, sexual, or financial abuse.

Dr Hainsworth, through her work, said every case is unique and implementing the legislation is the challenge.

“There is an onus on victims to collate information and they need a lot of support around doing that.”

Dr Hainsworth recommends that victims should begin gathering evidence as soon as they realise the warning signs. Saving text messages, saving voice messages and any other records of abuse can be used as tangible evidence, she said.

Coercive control has always been a common form of abuse, but it is only now, with legislation, that support agencies can look at the practical ways of bringing it to the legal system. 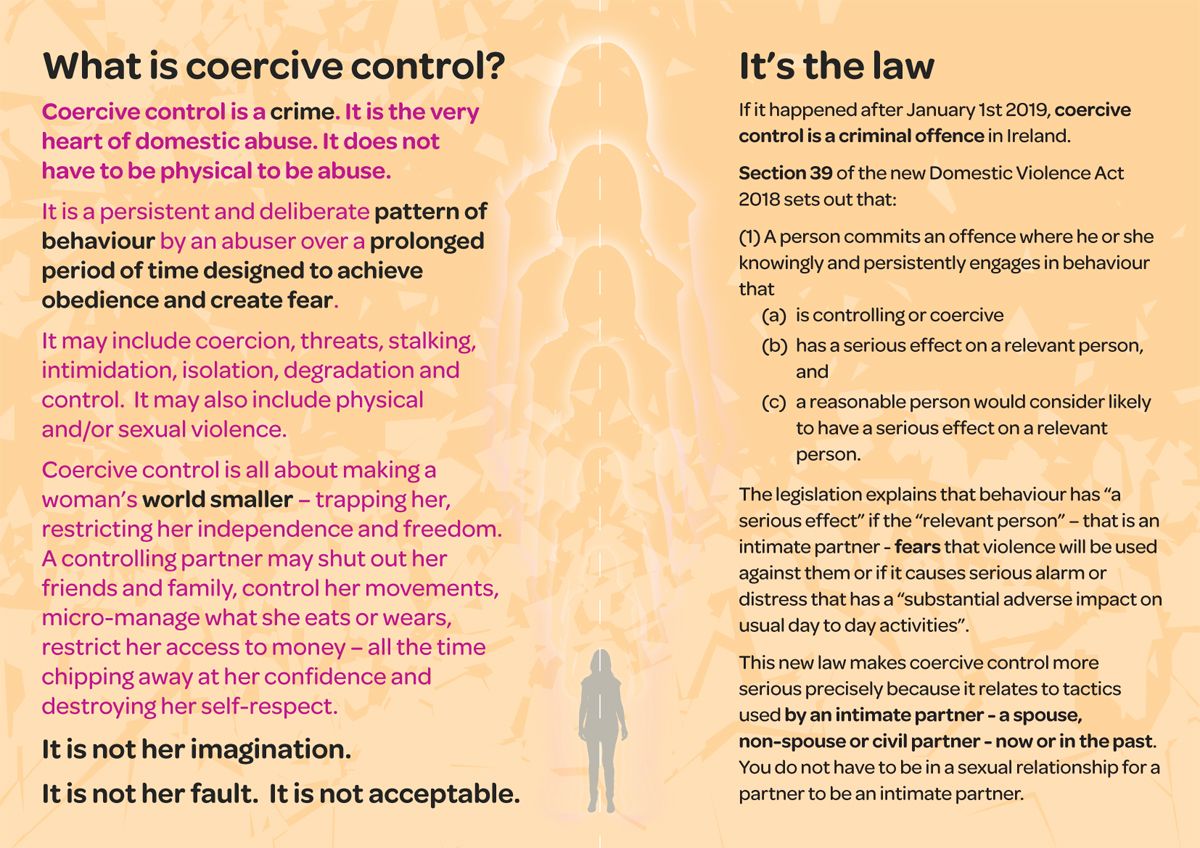 Dr Hainsworth said: “It’s always been the issue with domestic abuse, we’ve always had this struggle because court cases have always been on a one-incident basis, usually quite physical. All the other aspects, which make up the bulk of what domestic abuse is, we’ve never been able to collate it and present it in a way that made sense.”

The Donegal Domestic Violence Service provides support to victims at any stage of their journey, from the moment they see warning signs to the years after abuse as victims and children continue to process what happened.

“Children see and process a lot more than we give them credit for,” Dr Hainsworth said.

The service’s latest area of work is looking at the impact that domestic abuse has on children, despite parents often thinking that children were being protected from events.

“Gardaí would say, if they are called out to an incident and are told that the children are sleeping upstairs, they need to check on them. They need to get eyes on them, because children are a lot more exposed. Even if they are not in the room, often the fear of not knowing what’s happening is the biggest thing that upsets them,” Dr Hainsworth said.

DDVS is working with Tusla with a view to increasing supports that are available for children.

“Mothers tend to put their child’s needs in processing domestic abuse ahead of their own. But if the children haven’t got the supports that they need they can’t do their own work,” Dr Hainsworth said.

While both men and women are subjected to domestic abuse in Ireland, it is women who tend to suffer over a long period of time.

Dr Hainsworth explained: “Predominantly it’s a gender based crime because the structures are more aligned to support men as perpetrators.”

As men often have more access to financial matters, their names tend to be on deeds of property and getting out of a relationship is a lot easier of them, she said. Whereas women tend to be tied to a house because they have nowhere else to live. Housing and emergency accommodation continue to be issues for the DDVS.

With a renewed focus on coercive control and the available supports, Dr Hainsworth said the DDVS is available for any person who needs more information or a listening ear.

Victims can phone the 24 hour helpline 1800 262 677 or contact Donegal Domestic Violence Service to arrange a visit. An outreach service is also available for victims to meet support workers in a safe place of their choice.

The Donegal Domestic Violence Service website is currently down, but a new site is due to be launched soon.