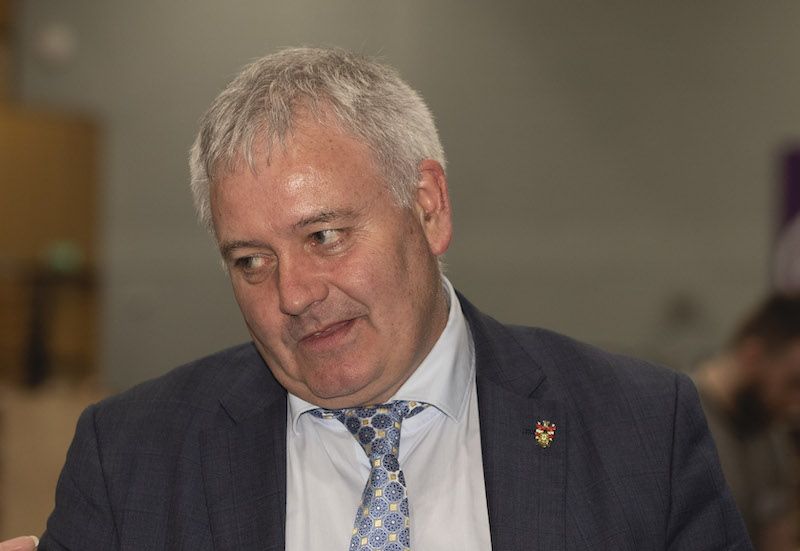 A GENERAL Election candidate from Donegal has slammed those who abused members of his family on social media.

Fine Gael candidate Martin Harley says the volume of abuse his family received would give him second thoughts on standing again.

Harley polled 3,056 first preferences – 1,658 in the Stranorlar Electoral Area – and was eliminated on the seventh count.

“It was a tough campaign,” Harley said.

“My kids took a lot of abuse on Facebook because I was running for Fine Gael.

“I thought that was totally wrong. It wasn’t fair on my family.

“Those people didn’t put their names forward. There are 150,000 people in the Donegal Constituency and 13 of us had the courage to stand.

“Let people come to me and say to me. We have to do something about this. We see this happen with sportspeople who don’t perform on a particular day and people are onto them on social media about letting them down. That’s tough. They have family too.

“My kids have to go into school and deal with that.  It’s tough on families.”

Harley, a Fine Gael Councillor in the Stranorlar Electoral Area, was bidding to become the first TD in the Finn Valley since Fine Gael’s Dan McMenamin lost his seat in 1961.

He says the experience of the last couple of weeks would make him think.

He said: “The social media thing would put me off. I couldn’t subject my family to that. I have a real passion for local. I loved the campaign and I love my people.”

Harley’s transfers helped to secure the seat of outgoing Minister for Education Joe McHugh. There were several hours of panic for McHugh and Fine Gael locally when he seemed in real danger of losing his seat.

However, a landslide of 1,932 transfers from Harley ensured McHugh’s return to the Dáil.

Harley said: “People asked about our chances of a second seat, but I was realistic about that. I said we were going to fight to keep our seat and asked where we could come up with two seats, unless there was a massive swing of personal support for me. That’s why I pushed on ‘Harley for the Valley’.

“The 1,900 transfers to Joe were massive. It was big time in the balance and I was very fearful.”