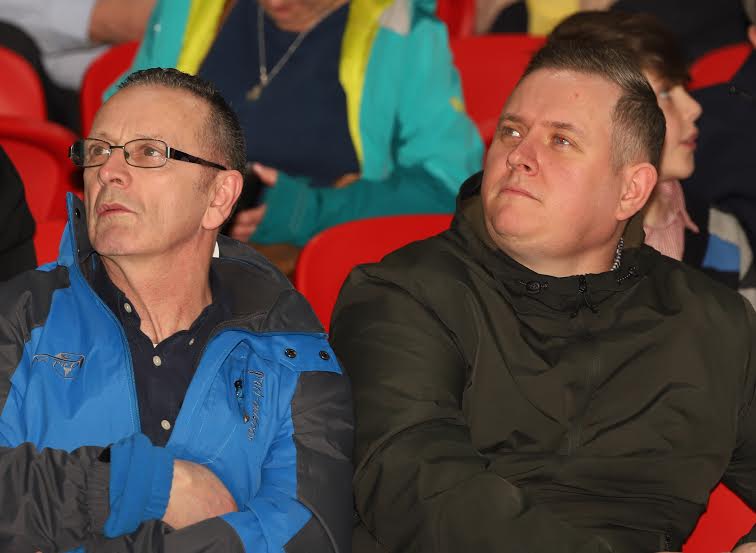 DESPITE Sinn Féin’s surge to the top of the polls at the weekend, Gary Doherty felt the ‘what if’ pangs as the tills were tallying.

The Castlefin-based Councillor (above right, pic by North West Newspix) ran as part of a three-candidate strategy in 2016, but was not on the ballot paper this time around.

Instead, Sinn Féin opted to play it safe in the Donegal Constituency. The plan worked with Pearse Doherty and Pádraig Mac Lochlainn both comfortably elected on the first count.

With a vast surplus on the party vote, though, Gary Doherty was left to wonder.

“It was something that was raised with me quite a few times over the weekend,” he admitted.

“The beauty of hindsight is that you have 20/20 vision. When you look at the figures and some of the percentage, you could make an argument that we could regret not running three candidates now.

“That risk didn’t pay off the last time and it was fair to be conservative this time, based on the local election and Presidential election results. Our vote had fallen back a bit so we had to be looking at consolidation in Donegal.”

Pearse Doherty and Padraig MacLochlainn are carried high, including by Cllr Gary Doherty, when they were deemed elected in Donegal. (North West Newspix)

In 2016, Doherty took 4,136 first preference votes and topped the poll in the Stranorlar Area. However, Sinn Féin lost one of their seats with Independent Thomas Pringle pipping Mac Lochlainn by just under 200 votes.

“Four years ago, we remember the feeling and the devastation, not only of me not getting elected, but Pádraig losing his seat.

“While part of me was thinking ‘what if’, of course, as a party we had to win the two seats back. Each party looks to build.

“With the results nationwide, we maybe could have got an extra seven seats had we run the candidates, but it wasn’t the wrong decision as we had to ensure that we maximised our return.”

Sinn Féin’s result was staggering nationwide – a trend that was followed across Donegal, where Pearse Doherty and Mac Lochlainn’s combined 34,713 first preferences amount to 45 per cent of the 77,193 votes cast across the constituency.

In Doherty’s Stranorlar Electoral Area, Sinn Féin candidates topped the count in 41 of the 43 boxes.

Cllr Doherty said: “We are over the moon and overwhelmed by the response. I know the two boys we have elected in Donegal won’t let down any of the electorate. The combined Sinn Féin vote in some boxes was beyond all expectation.”

Sinn Féin surge had Gary Doherty wondering ‘what if’ as votes rolled was last modified: February 11th, 2020 by Chris McNulty