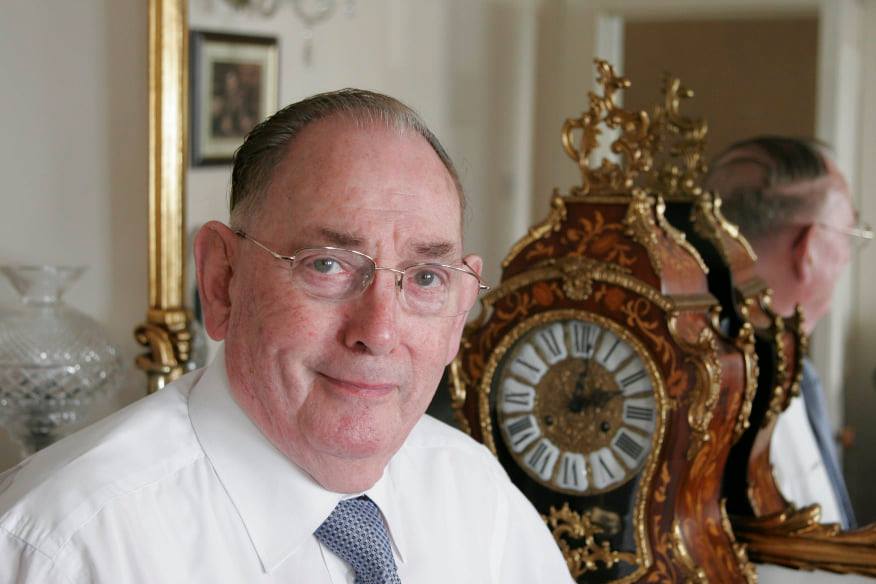 THE funeral takes place in Letterkenny on Friday of well-known Republican Pat Dawson.

Mr Dawson ran a popular wholesale stationary business and was a fiercely-proud Republican.

A member of Sinn Féin for over 65 years, his late grandfather, Patrick, formed the first Sinn Féin Cumann in Letterkenny in 1905 and later was made a Sinn Féin judge.

Pat rose to prominence in the Republican movement and he served as the Officer in Command of the IRA in Donegal.

In 1957, he and four other IRA volunteers were arrested in Castlefin, possessing five machine guns and 800 rounds of ammunition.

The volunteers were sentenced to three years in jail and were incarcerated, first in the ‘Glasshouse’ at Mountjoy before being transferred to the Curragh.

Pat was famously dispatched by the IRA to quell a riot that broke out in the border village of St Johnston on July 12, 1972. The local Orange lodge had come under attack as they paraded following a march in Derry and Pat was sent in to settle matters.

Pat was also very proud of his Catholic Faith and he regularly travelled to Fatima and he was  member of the old St Eunan’s Cathedral Choir.

His death was the second bereavement in the family this week. Pat’s sister, Mona Dorrian, sadly died on Monday and was buried earlier today.

He was predeceased by his wife Mary, brother Michael and sister Mona.

He is survived by his daughter Dara, son Pauric, grandchildren and a wide circle of friends.

Pat Dawson’s funeral Mass takes place at St Eunan’s Cathedral at 10am on Friday with burial afterwards in Conwal Cemetery.