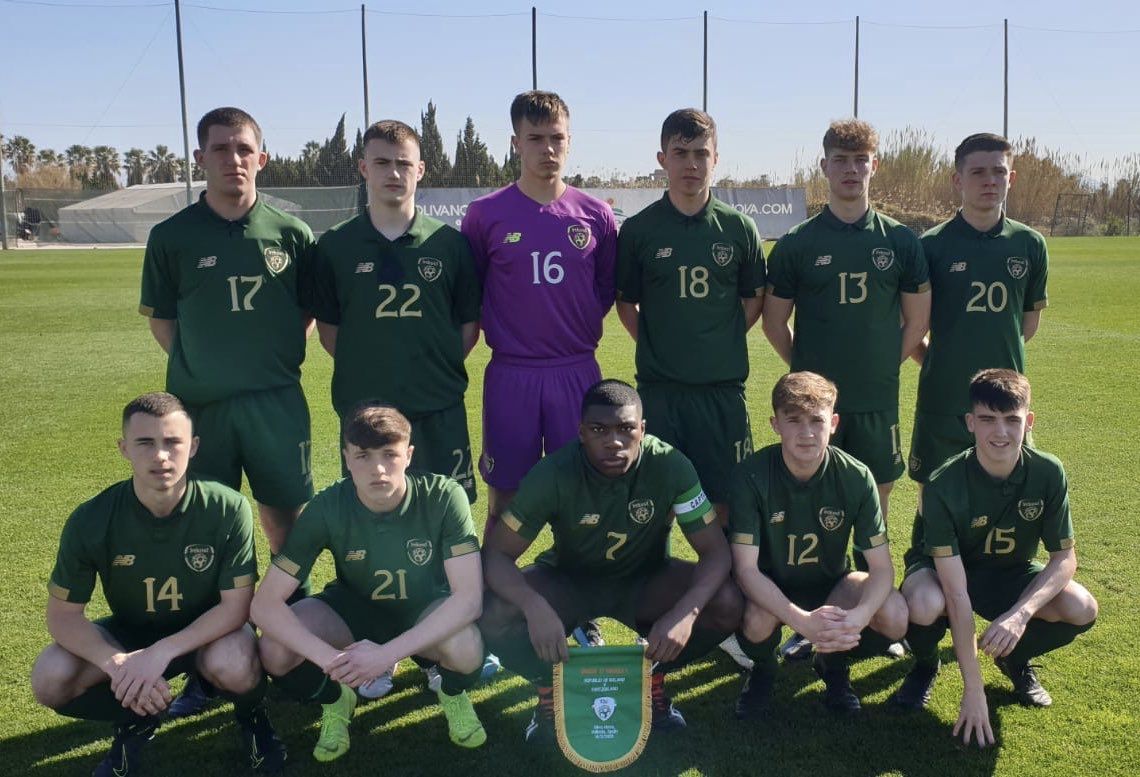 Fionnan Coyle starts for Irish U17 in Switzerland draw

FINN Harps player Fionnan Coyle started the afternoon as the Republic of Ireland Under-17s drew 1-1 with Switzerland in Spain.

Coyle is a Harps Under-17 player and he was included in Colin O’Brien’s starting XI at the Campos De Futbol Oliva Nova in Valencia.

Ireland were aiming to bounce back from Wednesday’s 3-1 defeat to the same opposition.

Ireland made life difficult for themselves after going a goal behind in the second minute. From that moment on they grew into the game with Sinclair Armstrong striking the post in what was their best chance in the second half.

They did get level when Armstrong whipped in a cross and Evan Ferguson produced a looping header than beat Pascal Loretz in the Switzerland goal.

Coyle has been a regular feature in Irish squads of late. The former Gweedore United schoolboy will hope to retain his berth next month for the Elite Round of the UEFA European Under-17 Championship in Scotland.