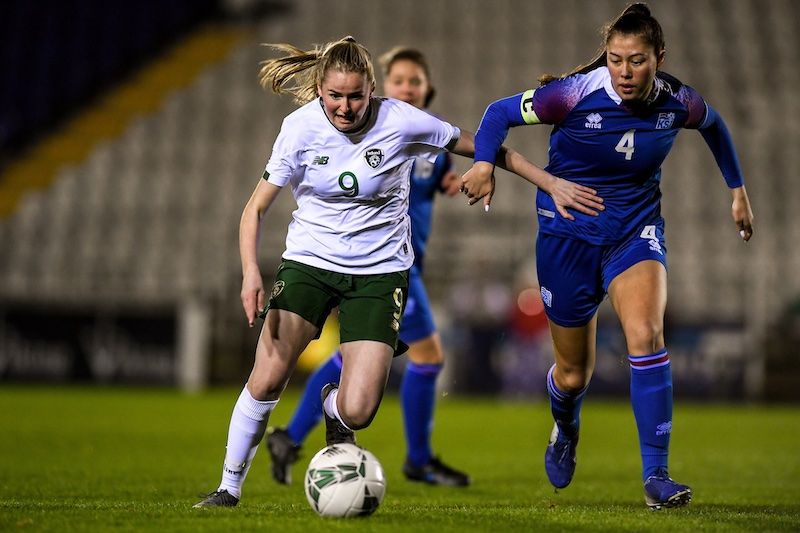 Erin McLaughlin (pictured) and Kerry Brown played at the RSC in the first of two friendly internationals.

Ellen Molloy hit both the Ireland goals on the night.

It was the visitors who opened the scoring through Amanda Jacobsen Andradottir and they held onto that lead going in at half-time.

Molloy hit back though on 57 minutes to draw the scores level after the Thomastown United youngster wasted little time in finishing when in front of goal with a left-foot finish.

Iceland got their second goal seven minutes later through substitute Anita Yr Porvaldsdottir, but Molloy broke Icelandic hearts on Valentine’s night by finding the back of the net again in the 75th minute.

Inishowen pair McLaughlin and Brown are both on the books of Sion Swifts having moved from Culdaff and Greencastle respectively. McLaughlin is a recent recruit by the County Tyrone side with Brown having played in 2019.