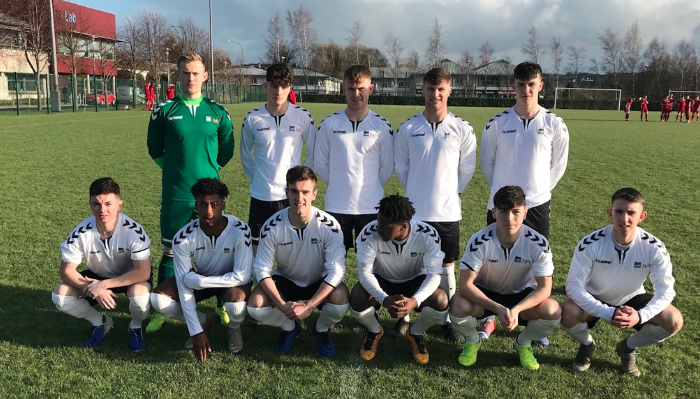 SHANE Byrne is hoping his Letterkenny Institute of Technology side will welcome back for of their stellar faces for the League semi-final.

A BJ Banda double saw LyIT overcome Cork IT in Wednesday’s quarter-final at the Port Road. Banda bagged the winner in extra time as LyIT squeezed through.

“We have a lot of men missing for one reason or another,” Byrne told Donegal Daily/Donegal Sport Hub.

“We have a lot of really good players that we’d hope to have back for the semi-final. These boys are playing a lot of football at the moment and it’s a tall order for them.”

Banda had LyIT in front, but it took an extra-time winner from the Letterkenny Rovers frontman to seal the deal.

Byrne said: “We played well in stages, but we went out of it quickly too. We had plenty of chances, but BJ came up trumps. He’s a natural goalscorer and that’s what he’s on for.”