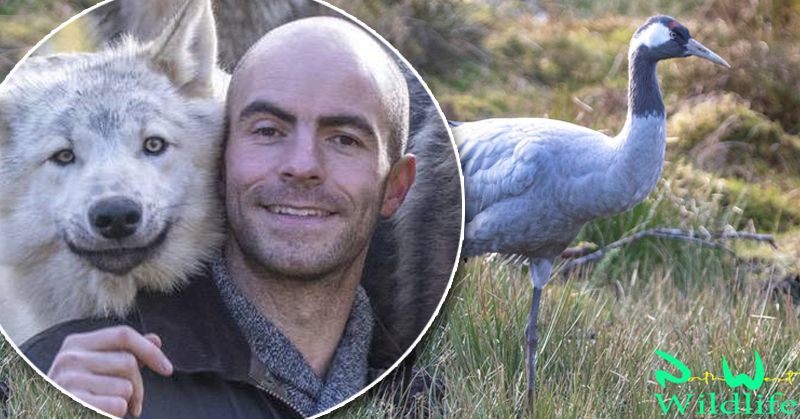 Killian McLaughlin, Director and Founder of Wild Ireland is hoping to reintroduce the great European Crane back into the woodlands of Ireland.

The Buncrana man’s love of the wild has led him to the creation of Wild Ireland.

Over the last year, Killian has re-introduced wolves, bears, wild boar, a lynx and monkeys to a woodland in South Inishowen.

And now, Killian is bringing one of the most esquisite birds in the world to Donegal.

As many wetlands in Europe have been destroyed through drainage, this has meant in some countries the Crane population has suffered a sharp decline or entirely disappeared.

But the woodlands of Wild Ireland is the ideal place for these birds to be reintroduced to our country.

Here, they are given the chance to wander widely in the surrounding meadows and fields foraging for food.

Although a reintroduction programme is very complicated, Killian is hoping the Cranes will breed at Wild Ireland.

“I would like to propose reintroducing them back into the wild if a suitable habitat became available,” he said.