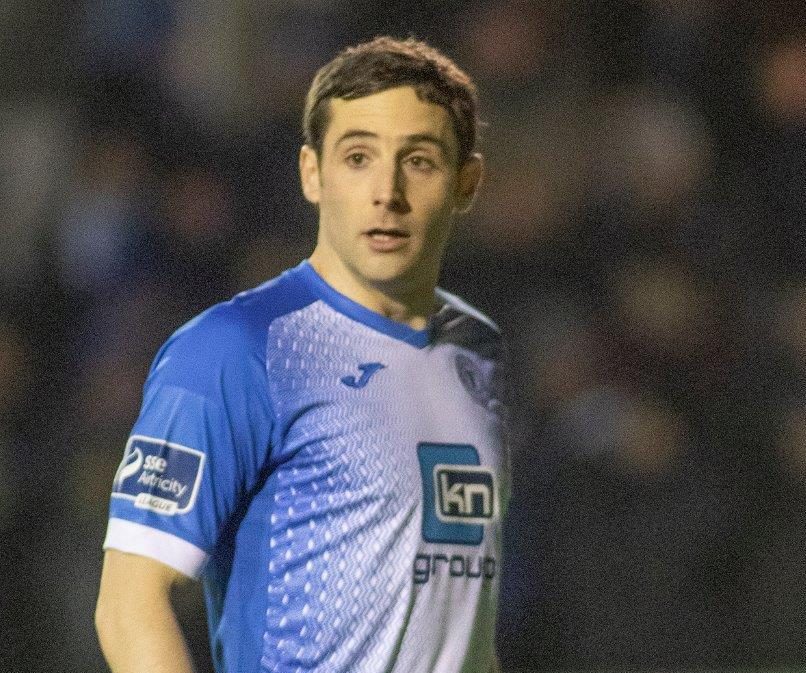 GARETH Harkin is delighted that Finn Harps won’t endure the same agonising wait for a first win of the season as they did in 2019.

Friday night’s 1-0 win over Sligo Rovers got Harps off the mark on the opening night of the new campaign.

Karl O’Sullivan, one of the new faces on board, bagged the only goal of the game on a night when new captain Harkin (pictured by Joe Boland, North West Newspix) was pleased with their lot.

“It’s good to get off to a wining start and get points on the board,” he told Donegal Daily/Donegal Sport Hub.

“It’s a great result. The pitch wasn’t great and it was a scrappy game, but we took the on chance that came our way.

“We defended really well and a clean sheet is great to get. We handled them well.”

O’Sullivan bundled home on 56 minutes and Harps, led by a formidable rearguard, were able to pull the shutters down.

Harkin said:  “On a night like that set pieces were going to be the difference. There wasn’t much football to be played because the pitch was very soft.”