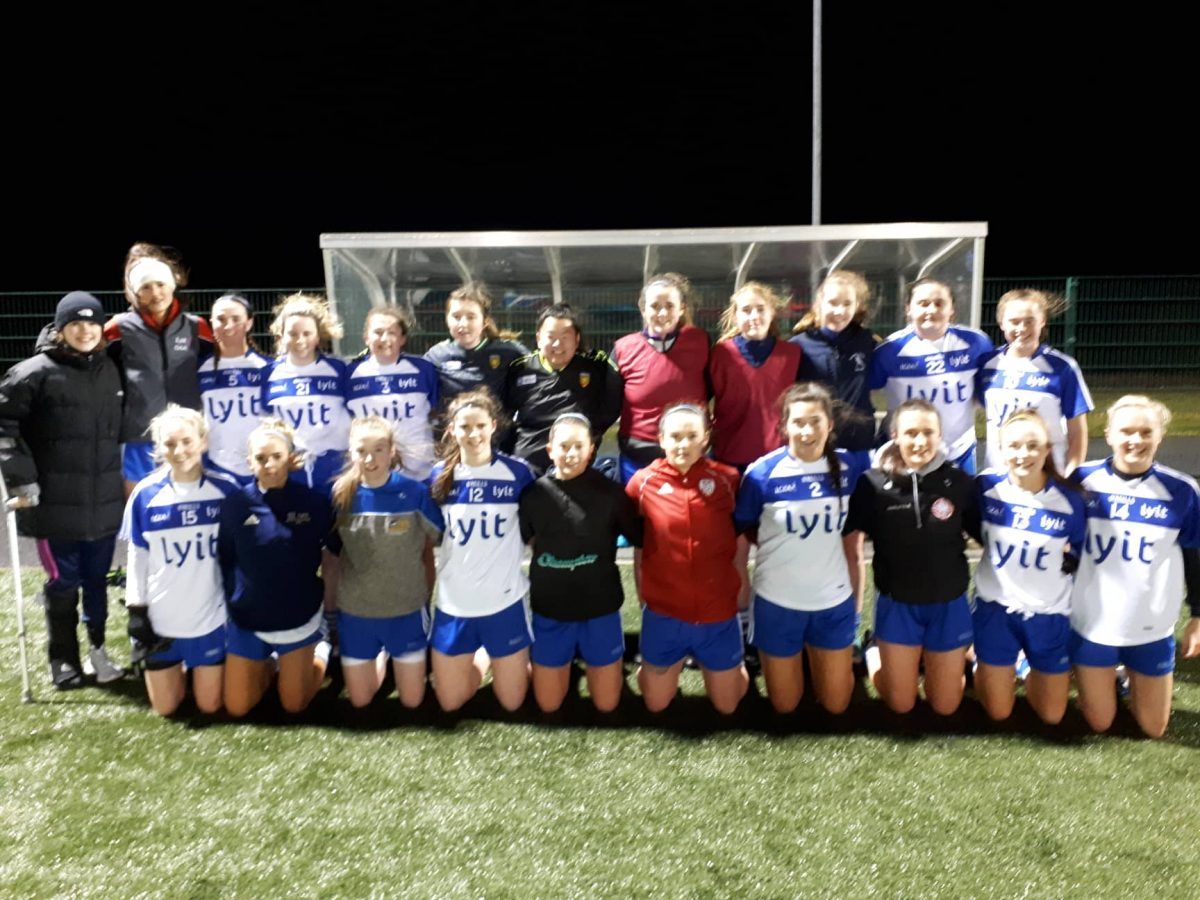 Cork IT 1-9 Letterkenny Institute of Technology 1-6

LyIT endured a tough battle from start to finish in windy and bitterly cold conditions.

Grainne O’Neill got LYIT off to a flying start with an early point against a fierce wind.

Cork replied with two, taking the lead, before O’Neill and Lauren Creggan put LyIT back in front for the final time in the game.

Twenty minutes in, Cork breached the LYIT defence and despite Aoife Mc Colgan getting a hand to it, the ball reached the top corner of the net.

Two more points were to be added before O’Neill hooked a point to leave the half time score Cork IT 1-4 LYIT 0-5.

With the wind on their backs LyIT drove at Cork who went ultra defensive and caught them out on the counter to go six points up mid way through the half.

With eight minutes remaining a sweeping move resulted in Nadine Friel finding the net and from the resulting kick out Aishleen McGuinness tapped over a point to leave two in it.

With optimism Nicole Gordon who played the captain’s role making numerous runs, piercing the Cork defence, and coming close to stealing the victory for LYIT.

Even after a late Cork point the relentless effort continued right to the final whistle for LYIT who were a credit to the jerseys they wore, but it wasn’t to be. LYIT now play the winners of UL and MICL in a back-door quarter-final on Thursday week.