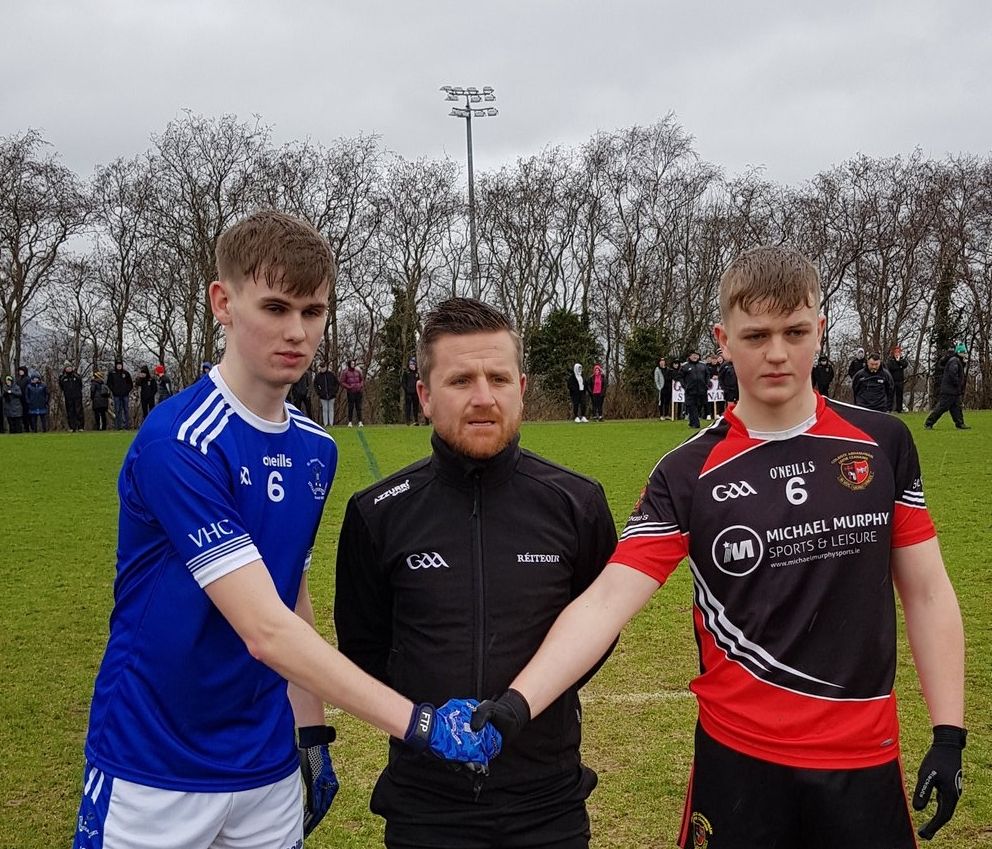 ST EUNAN’S have bowed out of the Danske Bank MacRory Cup after a four-point quarter-final defeat.

St Eunan’s went down to St Colman’s of Newry in their last-eight tie played at QUB.

Shane Monaghan and Eoin Dowling helped keep St Eunan’s in it for spells for the first half.

St Eunan’s stayed in touch, but were rocked when St Colman’s netted a second goal midway through the second half. Andrew Gilmore rattled the St Eunan’s net to put a dagger through the Sentry Hill hearts.

That goal arrived just as St Eunan’s appeared to be finding a groove.

Shane O’Donnell, Shane Monaghan and Eoin Dowling tacked on points as St Eunan’s summonsed a response only for Gilmore to net.

Ronan Campbell and Cian Lyons kicked late points as St Colman’s moved clear and St Eunan’s misery was compounded as Kieran Tobin was sent off in the closing moments.