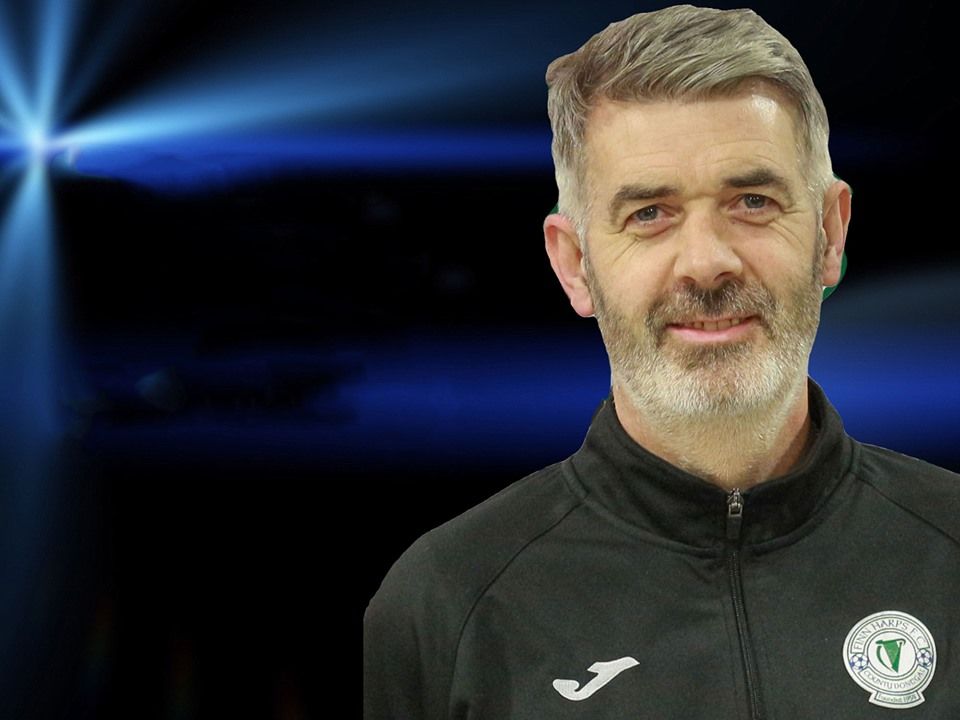 Canning has returned to Finn Park as the Under-19 manager, doubling up as the boss of the club’s USL team.

Harps have two big games in the bmcsports.ie USL this weekend, against Bonagee United at Dry Arch Park on Thursday (7.45pm) and against champions Cockhill on Sunday at the Charlie O’Donnell Sports Grounds on Sunday (2pm).

Canning had a successful spell coaching at top Irish League Ladies outfit Sion Swifts in between his stints at Finn Park.

“It’s good to be back at Harps again,” Canning says.

“I was in the last time as Under-19 manager and went into the first team with Ollie (Horgan) too. I had to move on and had commitments elsewhere, but I’ve always been keen to go back in.

“When the Under-19s job come up, I was delighted to get back into a senior club and with the 19s.”

Canning succeeded Joe Boyle at the helm of the Harps Under-19s. The advent in recent years of the Finn Harps Academy has ensured a stream of players coming through to the club’s Under-19 set-up.

“Outside of what was in the system already at Finn Harps, I haven’t recruited anyone at the moment,” Canning says. “That points to the fact that the pathway is working and the system is working. The players coming in at the Under-13 level are being developed well at that level. In the short-term it has been going, I have a full squad of Under-19s – something that I didn’t have in my last time at the club.

“Kevin (McHugh) has done a great job there putting the academy together with under-13, under-15, under-17 and under-19 teams in the National League and then the filter squads in between those age groups. That’s a massive change.

“The last time, I had to encourage players to come in, but this time it was a flow through from the guys who were a year young and the lads coming in from the under-17s, so we had no recruitment drive to do.”

The 2020 Under-19 League will be up and running in a few weeks’ time and the USL season is giving Canning and company a good chance to prepare.

“It doesn’t feel like a pre-season because we’re competing in the Ulster Senior League,” he says.

“There are lots of positive from playing in the USL.

“It bridges the gap between youth football and senior League of Ireland football. They’re going in against ex-League of Ireland and ex-Irish League players, which should give them a good barometer as to where they need to be.

“You take our strike like Luke Rudden or Gabriel Aduaka, they get a sense of the levels by playing against Packie Mailey or Emmet Friars. Or, can our defenders handle BJ Banda? That gives a good indication for the players.

“From a coaching perspective it allows you a yardstick as to where players are at that you can show them. Young players often believe they’re further ahead than want they are, but this is an accurate yardstick where they are, individually and collectively.

“We have built our pre-season around the USL fixtures and it means competitive gams week-in, week-out. We’ve had a wee break from games over the last couple of weeks, but we have two big games now this week and we’re looking forward to the tests.”