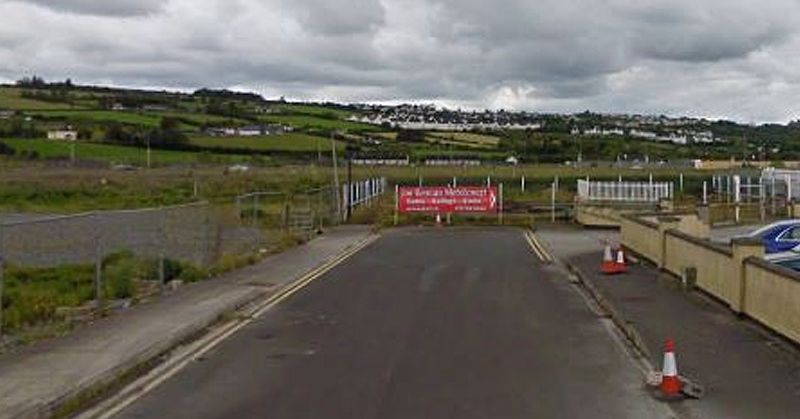 Local councillors in Letterkenny and Milford are demanding answers on the Joe Bonnar road project, which has come to a standstill and missed its Christmas 2019 completion date.

The €1.5million road, when completed, will link the Port Road and Neil T Blaney Road.

However, it has now emerged that pipes laid for the sewer have failed and must be lifted again.

The issues came to light at the end of November, according to an Irish Water letter received by Cllr Donal Coyle this past fortnight.

The water authority said that discussions are ongoing with contractors Cleantech to find a solution as quickly as possible. A 240m section of pipeline will need to be replaced, it was confirmed.

Cllr Coyle raised an emergency motion on the matter at today’s meeting of the Letterkenny-Milford Municipal District.

He called for a detailed explanation on why the works have stopped, when they will resume and when the road will be completed.

Cllr Coyle said that businesses on the Joe Bonnar Road have been affected by the delays and there are doubts over a new business that is due to open in March.

Cllr Coyle said the delays were shameful and commented that “God knows” whether the project will be completed by this Christmas, despite plans to have it finished last December.

Cllr Ciaran Brogan has called for a special meeting with Irish Water to discuss the issue.

“You can paint it up however you like, but the bottom line is the sewer sank,” Cllr Brogan said.

He called for clarity on differing information and commented that “something has gone badly wrong here”.

Cllr Gerry McMonagle and Cllr Michael McBride also called for answers on the road amid claims that two spine sewers which were originally on the Joe Bonnar project plans have disappeared from updated plans without prior notice.