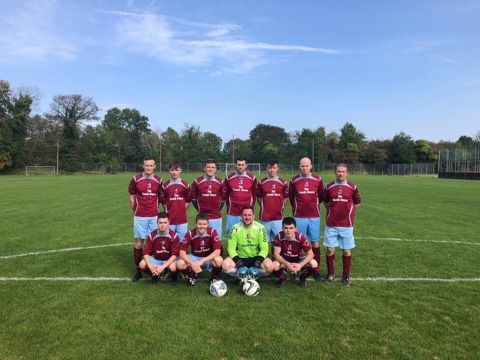 Donegal Town close in on title after gr-eight win

Donegal Town had to win and hope Keadue Rovers didn’t overcome Milford to seal the title. While Donegal Town kept up their end with a landslide win, Keadue’s clash with Milford fell foul of the weather.

James Kerrigan’s hat-trick helped spur Donegal Town within 90 minutes of the silverware, though, and the Hospital Field men may be crowned without playing. They have no game next weekend and Keadue travel to Glenea United.

The scoring was opened by Joe Campbell with a lovely left footed strike, low and hard in to the bottom corner, giving the keeper no chance.

After this, Town stretched their lead with a Shaun Kennedy double, followed by James Kerrigan and Ciaran O’Reilly strikes before half time.

Donegal Town are at one to Glenea in two weeks’ time.