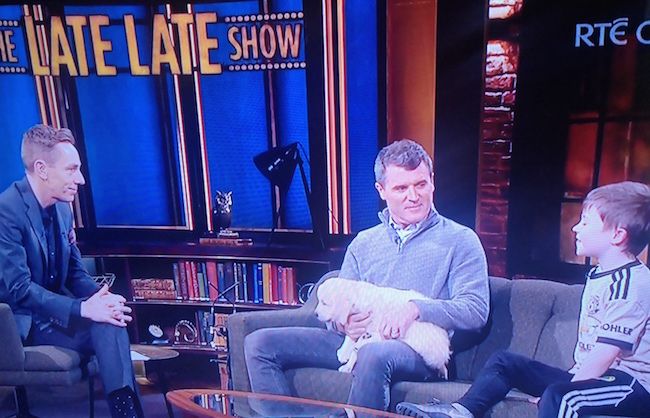 The Donegal lad who shocked Liverpool manager Jurgen Klopp by asking him to lose some games has gone one step further – by shocking Roy Keane!

Daragh Curley hit the headlines around the globe when his story first appeared on Donegal Daily.

We revealed how he wrote to the Liverpool manager asking him to stop his team from winning because, as a Man Utd fan, he was very sad at their achievements.

But the German wrote back and said he owed it to millions of Reds fans to keep winning.

Daragh’s story became such a hit that the producers of the Late Late Show invited him onto the show last night.

He asked Roy what his childhood dream was and the Cork native said it was to get paid for playing football.

Roy then asked the Glenswilly las what his dream is and he was left flabbergasted when he told Roy that it was to be a professional RUGBY player!

In his own unique way, Roy smirked and simply threw his eyes up to heaven but added ‘I hope it’s for Munster?”