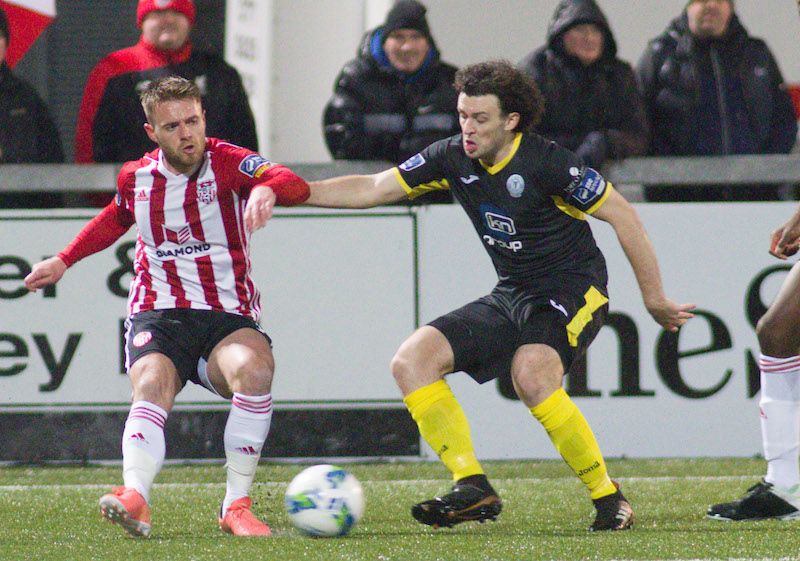 Listen: ‘We’re looking to push up the table’ – Barry McNamee

Harps were denied a historic win with a 95th minute Derry equaliser last night at the Brandywell – preventing Harps from making it two wins from two.

Harps survived in a play-off last season and have made a number of big signings, not least former Derry skipper McNamee.

“It’s two decent results, but we have a lot of improving still to do,” McNamee told Donegal Daily/Donegal Sport Hub.

“We’re looking to try and push up the table this year. That won’t be easy because a lot of teams have improved and Shelbourne will add an extra difficulty.”

The Ramelton man felt the wrath of the Foyleside cauldron over the 90 minutes. Ryan Connolly’s goal in the first-half had Harps on their way, only for Adam Liddle to strike right at the end for the Candystripes.

McNamee said: “It is disappointing, but when you look back near the end of the season, you could be delighted that we came here to get a point.

“I’ve played on the other side over the last few years.  As the boys said, we beat Harps 4-0 twice last season. It’s a big improvement to be disappointed with a point. Whatever way you dress it up, it’s disappointing.”