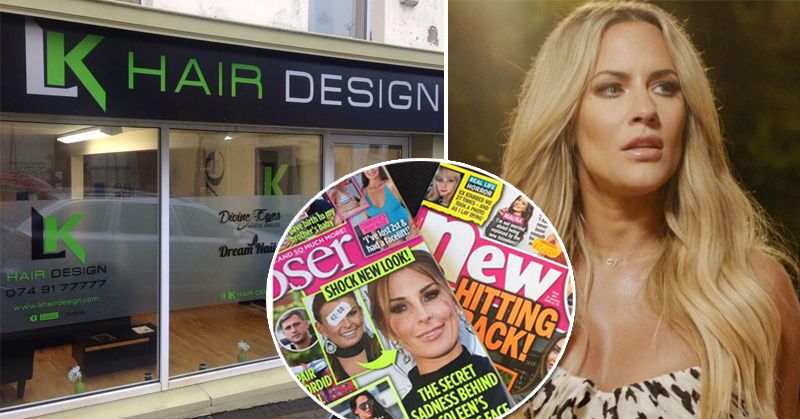 LK Hair Design on Lower Main Street will no longer be offering “gossip” magazines to clients.

Instead, they will be given feel-good materials such as interior magazines, mindfulness reading and relaxing colouring books.

The switch has been hailed as a hugely positive movement against gossip media in response to the death of Caroline Flack. The former Love Island presenter was found dead in her London home after taking her own life.

The incident prompted a backlash against tabloid papers and magazines over their coverage of her personal life prior to her death. A number of hair and beauty salons in the UK and Ireland have now shunned gossip magazines in favour of creating a more positive environment for guests.

LK Hair Design owner Ciara McVeigh-Lunn issued a message to customers: “I have decided to remove glossy gossip magazines from my salon, it only creates negativity and bad vibes chatting about celebs in a negative way or as they are portrayed in the mags.”

Guests will be invited to look at the new feel-good materials or bring their own magazines.

‘In a world where you can be anything, be kind’

Speaking to Donegal Woman, Ciara said she was strongly affected by the presenter’s death and followed the example of other salons in making changes in her own business. “I saw a few salons in England do it and that’s what prompted me as Caroline Flack’s death definitely hit me hard, she never got to tell her side of the story and it’s just very sad.

“It’s totally up to each individual salon to do what’s right for them and their clients but I definitely think we should all be more mindful and aware of gossip and stories that really are none of our business and we shouldn’t get a kick out of someone else’s misfortune or bad luck or bad/wrong choices,” Ciara said.

Ciara has become a big advocate for colouring books for adults after she struggled with anxiety following a break-in at the LK Hair Design salon. The practice of colouring, she said, helped her greatly during this time. “Your head just goes to a different place and you really do relax,” she said.

Ciara is also a Zumba and Clubbercise instructor and recognises the good that a healthy hour spent away from screens can do for a person. In light of her new magazine change, she will be hosting a colouring competition giveaway each month in the salon – which adds an extra incentive for guests to enjoy switching off.