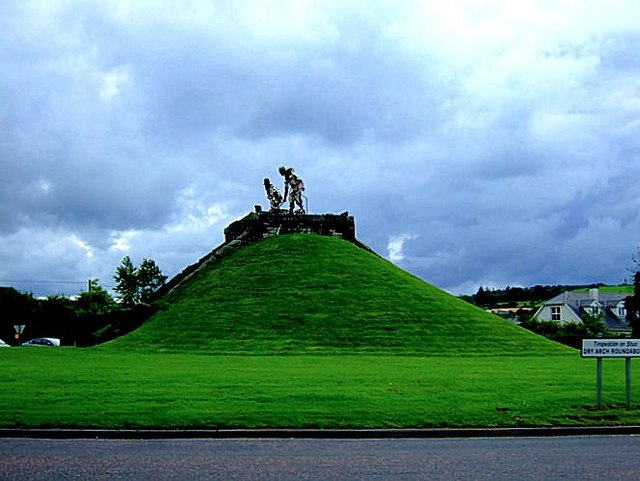 Criticism over lack of urgency with repairs at two main roundabouts

A local councillor has criticised time delays in repairing potholes at two main roundabouts in the Letterkenny area.

Cllr Donal Coyle has this week highlighted that it took an estimated 6-7 weeks to carry out remedial surface repairs on the Dry Arch Roundabout and on the Manor Roundabout.

Both roundabouts had problems with the road surface breaking up between lanes. Cllr Coyle said he became aware of the issues over 6 weeks ago, and while they have since been repaired, he said that the works should have been carried out with urgency.

Speaking at the Letterkenny-Milford MD meeting on Friday, Cllr Coyle said: “It shouldn’t be taking 6-7 weeks for repairs to be done on busy roads on roundabouts.

“Potholes on roundabouts are a danger. I’m glad the work was done but it shouldn’t be taking that long.”

The Four Lane Road from Dry Arch to Polestar is programmed for upgrade including pavement works in 2020/21.

Criticism over lack of urgency with repairs at two main roundabouts was last modified: February 22nd, 2020 by Rachel McLaughlin