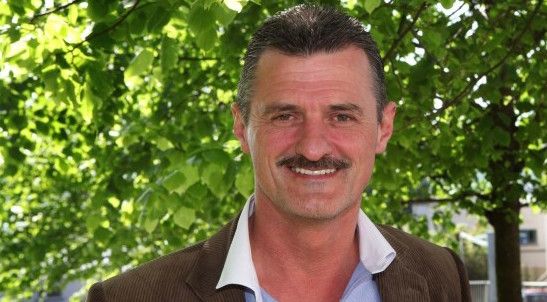 Former Garda Christy Galligan served in divisions across the county until his retirement.

Mr Galligan has revealed that an encounter with a woman selling drugs in a Donegal pub this week prompted him to contact the local Garda station.

However, when he contacted Gardai he was told there was nobody from the Drugs or Detective Unit available.

He revealed “The last evening I was out with my wife and a friend. We went to a local bar to watch the Donegal v Dublin match. While there I noticed a group of people, mostly women of different ages at a table. When the match was over I saw two other ladies arrive and go over to this group at the table.

“One of thses arrivals opened her handbag and placed several small white packages of what I suspected were drugs in the handbag of one of the ladies at the table. She then went to another female and further packages were exchanged. This was a clear case of sale and supply of controlled drugs.

“I rang the local Garda Station and informed them of what I saw but to my dismay, there was no Drugs Unit available and there wasn’t a response from the local Detective Unit.”

He added that as a former member of a specialist Unit within the force, ie Divisional Drugs Squad, he saw with frequency the use of hard drugs by people from all walks of life to satisfy their need for pleasure.

“It has and still does decimate lives but the financial crash put paid to Drugs Units and other specialist Units.

“They were downsized quite considerably until some had only a few part-time members on rolling 6-month transfers until this day.

“Every Division around the country was affected and the reaction to the financial crash and the introduction of FEMPI was that a large number of Garda retirements ensued.

“There were also the lack of investment and recruitment that further devastated these units over many years.

“I was attached to a Division that had one Sergeant and nine Gardaí working from a Divisional headquarters supported by one or two full-time garda members in other Districts within the Division.”

Mr Galligan said this situation has changed in that there is a temporary Sergeant with temporary garda members rotated every 6 months approximately.

“Overall there are no full time serving Gardaí within this unit,” he said bluntly.

Mr Gallaigan said he has been told confidentially that an instruction from within the top brass at Garda Headquarters that a full-time Sergeant and eight full-time Garda members to be allocated to Divisional Drugs Units from this year has been ignored.

THe former Garda asked “Why haven’t these instructions been obeyed as directed by Garda Headquarters I wonder?

“Given the increase in the numbers of people using hard drugs like cocaine etc, we need full-time dedicated Units that we had in all Divisions heretofore.

“For senior officers to ignore a lawful instruction from Garda HQ must be investigated and questions must be asked, why are they being ignored?”