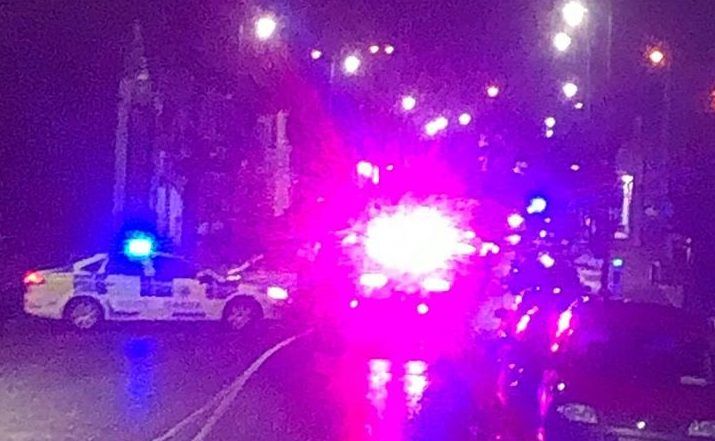 Two men released but another still in custody after Glenties shooting

Gardaí have released two men who were arrested in connection with a shooting in Glenties on Friday night.

Another man, aged in his early 20s, remains in custody following the incident which sparked shock in the town. The man is expected to appear before Donegal District Court tomorrow morning.

The terrifying events unfolded at midnight on Friday when shots were fired on Main Street Glenties.

Gardaí were called to Mill Road, where a brief stand off occurred and an armed man shot in the direction of Gardaí. A patrol car was damaged and the man was soon apprehended by armed Gardaí.

The armed man was arrested and taken to Ballyshannon Garda Station where he is currently detained under Section 30 of the Offences against the State Act, 1939. A rifle, a hunting knife and a number of rounds of ammunition were seized.

No shots were fired by Gardaí during the incident and no serious injuries were caused during the stand-off.

Two other men, aged in their 20s and 40s were arrested during a follow-up search at a house on Main Street, Glenties. A second firearm was recovered.

The men were detained for questioning at Ballyshannon Station under Section 30 of the Offences against the State Act,1939. Gardaí have confirmed tonight that the two men have been released.

Two men released but another still in custody after Glenties shooting was last modified: February 24th, 2020 by Staff Writer